Today I want to continue my journey through the retail world and tell you another unsigned credit card tale. This dude was super unhappy with me on this day, and things nearly took a turn - or as Jim Ross might say, business [nearly] picked up. So let's get to it! 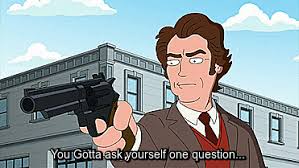 "Not even the bank asks for ID. Do you feel good?"

This story comes from the latter part of my career, when I was only working on Saturdays. I figured I wouldn't get too many people losing their *coin* but they may have been more intense than everyone else. I think they knew I needed stories and decided to help - how nice!

A guy came to the register with his two kids - dude was maybe 35, kids were probably 10-12. They were buying a birthday card, gift bag, and I think some tissue paper, so not a big purchase. I rang the items and he handed me his credit card. I, of course, flipped it over to see that it was not signed.

I let him know that I needed to see his ID. He said: "It's in the car, bud, just ring it up." I told him I can't do that because fraud, and he was not too pumped about that.

"What do you mean? That's my card! Not even the bank asks me for ID. Whatever, keep the shit." He stormed away with his kids, fuming. I should note that I made a poor decision here. After he said the thing about the bank, I suggested that he find a new bank. And I swear I thought he was going to punch me right there. Luckily he did not - though he was on camera and I did have some backup, so that could have been a nice settlement for me. 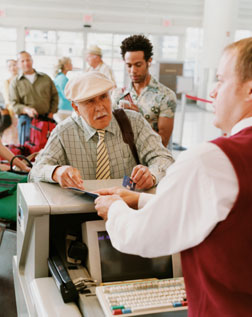 I foolishly thought I wouldn't see him after this, but once again I was wrong.

I will note also that I should have had someone (or done it myself) put his merchandise back in place on the sales floor. This would have drastically altered part two of this story, or eliminated it altogether.

He stormed back in and right up to my register, cutting off another customer in the process. I stopped him and said that he was not next, but it worked out that a fellow cashier could and did ring her up immediately. I grabbed his stuff from the counter and he threw his card and ID at me.

"Do you feel good?" About protecting you from from fraud? I sure do (even though you're being a *coin* - didn't actually say that last part). 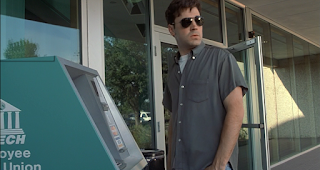 And once again, he was seething in front of me. I have no idea why anyone would get so wound up over a $10 purchase, or that I was protecting his identity, but for whatever reason this guy was heated. For the second time, I thought he was going to punch me. Maybe he thought I was being "smart" with my fraud comment, but I still lean toward him having some kind of other issue. Maybe he wasn't getting any? I don't know, but it still seems insane to me.

My questions about people's motives was/will be a common theme in these stories. The way people react to relatively irrelevant (is that a thing?) interactions is unreal, but I will do my best to break it down (DX) for you here.

If you have any answers for me, leave them in the comments. Or if you have suggestions for more stories, do the thing! Have fun and don't do anything I wouldn't do!