Today I invite you to join me on our final(?) walk down Unsigned Credit Card Lane and pay a visit to a woman who took our protect-you-from-fraud policy to a different level. I still don't understand why she was in such a mood over her birthday cards, but at least it gave me this story. So let's do the thing! 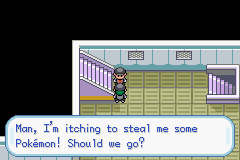 If I wanted to start a life of crime, I would've started before I was 72!

I have no idea how I remember the details of this day when I can never remember to call the doctor, but here we are. I was working the morning with the boss, and a woman - accompanied by her son - came to the counter with some cards. She was, as I would later learn, 72 years old. Her son was...well he was an adult of some kind.

She gave me a credit card that was, of course, unsigned. I instinctively asked her for ID, which she showed, but I quickly realized that the name on the card was not hers. And this is where the story got a bit weird.

The name on the card, she explained, was her husband's. He was not with her, but the oddball adult son had the same name. For some reason, she thought this would solve the problem since they were "basically the same person." (I wish I was joking, but she really said that with a straight face.)

They looked at me in disbelief when I explained why that proposed solution wouldn't work. No, you dope, your son cannot authorize the use of your husband's credit card. If she had not told me the name was her husband's, how would I have known the two men were different? Also if the senior oddball had simply signed his card, I wouldn't have been required to ask you anything. 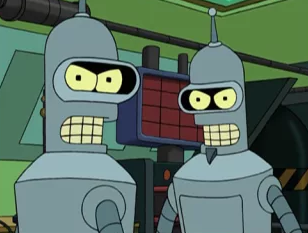 Actually I have a little aside here: If the card was signed, I would have just asked Doofus Jr. for his ID. There would have been no way for me to know that the two dudes were not the same, and this story would not exist. So is honesty really the best policy?

After she fumed for a minute, she angrily asked her son if he could cover the bill (which he did). She snatched the bag from my hand and glared into my eyes, exclaiming: "If I wanted to start a life of crime, I would've started before I was 72!" She stormed out and that was that.

It is still wild to me that someone who was 72 could get so cheesed off over some birthday cards, but I guess that's why we're here right now. The fact that so many people would lose their *coin* at me over cards and wrapping paper still befuddles me years later. But I am more than happy to work through it with you. We may be done with the unsigned credit card tales for now, but there will be a lot more morons to call out very soon.