I don't know if that title will start a series or if it will be one of my many discontinued ideas, but here we are for at least one.

As I've mentioned on the podcast, I have been watching Designated Survivor one episode at a time this season because my boss and I have been discussing it. Since I just finished yesterday afternoon, and with the recent news of its cancellation, I figured the timing works to lay out some unanswered questions stemming from the show.

To keep this a little interesting - and to keep myself from taking jabs at the big wigs - I will proceed as if there will be a fourth season. Fingers crossed Hulu or Amazon grabs this at some point! (Also there will be spoilers, for those who haven't watched yet.) 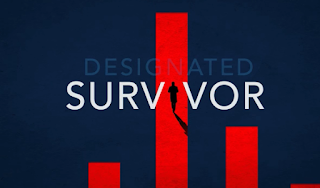 Will the Pegasus recording be leaked?

This probably could be the main event question, but since it was the main thread of the episode, I'll lead with it. Too many people with too much to lose know about this for it not to be a possibility. Lorraine, Myles, Emily, and Dontae - plus whoever else gets implicated - already know they're in this pretty deep. I'm not sure how much play that will have since the FBI took Lorraine's computer, but you know at least the former two "conspirators" will try to use it anyway. Also here's an interesting follow up: Does Moss have it? He certainly seems paranoid enough to have a bug planted somewhere in his camp, and his releasing it could definitely turn the country against Kirkman. If that would somehow lead to a do-over of the election, it would be quite a case for the old man.


How quickly will Lorraine rat out Emily and Dontae, plus whoever else was involved?

Before I jump into this one, this seems like an appropriate place to mention that I do not like that Troy is back with Dontae. Not telling someone you've already had sex with that you could have given them HIV is a total deal-breaker. It should be, anyway. 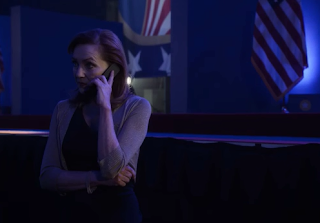 Now then: As I alluded to above, Lorraine is probably the member of Kirkman's camp in the most trouble here. She hired Myles in the first place, and probably had some more damning evidence besides Pegasus on her hard drive. From what we know about Lorraine, she would flip in a heartbeat to save herself. And I think more people would be implicated than we saw in on this, leading to some potentially interesting stories.

Another part of this to ponder is Emily. She had quite a few disapproving glances for the Commander-in-Chief before getting the chance to really let him have it. I'd like to think that she could pressure the president into a confession, but her conscience could get the best of her in the meantime.


Will Isabel and Aaron "get together" for the kid(s)?

Forgive me for sounding like my favorite shopper demographic, but I was really hoping that Isabel would not take Aaron back. I was not, however, ready for the bombshell. I made a note of her point from the beginning: She seemed to be a go-getter who was not being taken seriously. I'm glad the writers brought that back around - bonus points for not having her fall for the VP-elect because of his title, because that would have gone against her entire character. 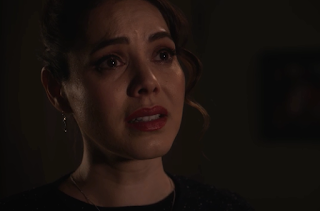 I was about to make the case in favor of my question, but that last fragment I wrote is making me think Isabel would not go for this at all. Aaron would want to "do the right thing" and marry her, as I'm sure her parents would push for, too. But I don't think she would succumb to the pressure. Would Aaron be in the kid's life? Most likely. Pregnant Isabel crushing her new Deputy Chief of Staff position would be the better story to tell anyway.


Will Lynn run for her dad's old Senate seat? Could she win? 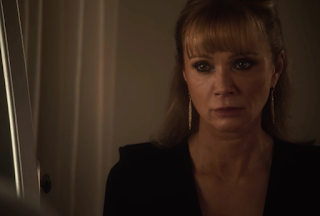 Mars laid out how she could win the people over, citing family ties and the [sadly] relatable story of her addiction (they're "craving authenticity"), and I have no doubt he will follow through on his promise to keep on her about it. Assuming she applies, her race to the chair could be an interesting subplot. It's unclear how she can handle herself at a podium, but she's definitely got the backing and the pedigree. The people would come out for sure, and that could lead to some more big pharma busts down the road.


Will Kirkman release the recording himself?

He's already feeling the guilt here, that's why he called the doctor on Election Day. He knows he probably loses the race if the information is released before the big day. I like to think that he would at the very least release the information on good faith at some point, but the way he has morphed into a real politician this season gives me doubts.

Instead I think he will realize that it will come out from one of the FBI interrogations, and claim he "was just made aware of it" when he issues a boilerplate apology to Moss. If it's the former, I don't think the people will turn on him. They know him, and could still think he's not like every other politician. But if it's the latter? Then I'm afraid the old Kirkman is gone and we're left with Jack Bauer at the helm, which I think puts the country in great hands. 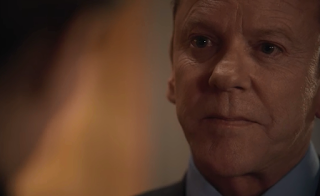 Sadly though, we may never get these answers unless another network saves the series. I was mad when the second season ended on a cliffhanger. After we got that sorted out, Netflix left us with these new questions - and a bunch that I missed, I'm sure (like: What does the cabinet look like after this?). So now we miss out on Aaron as VP, Isabel finally getting her due, Seth officially being with his daughter's mom, Penny bringing a boy to the White House, and learning what's up with Mike, Kendra, and Lyor.