This show took way too long to get set up, but once it did we had some fun. Josh called in and Jill came downstairs to join the ramblings, so let's get to it! 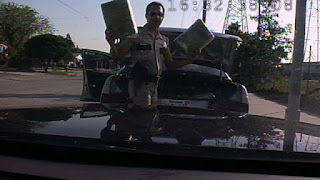 I refuse to believe that a smart person has not devised a better way to dispense chips in 2019. I understand that the screw is one of the core simple machines, but we have self-driving cars so there's no way my chips should ever get stuck again. Fix this! (Also Josh ignoring the child in the background was a great dad move.) 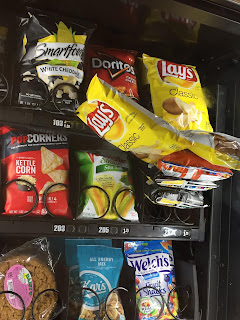 I have never been to Seattle, but now that Josh has a reason to go back (i.e. The Mariners) I think we need to start planning a trip. Meat pies and pastries for everyone!

I know they think they're doing a good thing, rewarding people for good driving. But bear in mind that this is Arizona and a lot of people there apparently don't take too kindly to "the other." This smells fishy without the chips to me, friends! 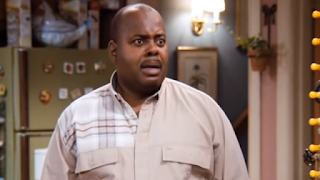 So we kinda took this idea in a different direction, but it was still a good time. And I'll admit I didn't dive into this as much as I should have, because I was hoping you would've jumped in with me. But Josh dropping Idris Elba as Carl Winslow likely would have blown away any idea I had. Who do we call to make this a thing? Big thanks to Michele for throwing down so many good suggestions (also sorry we *coin* them up so much)!

I didn't plan to have the bulk of these games be about killing and killers, but there we were. If you're a PC gamer like I pretend to be, there's a lot for you this week. Or you can just play Madden and learn what a good quarterback looks like or something. And enjoy Busterella making her Melting Pat debut! 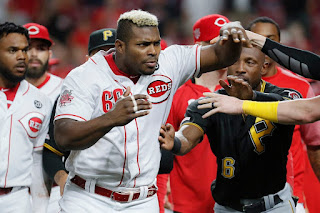 The best part about this segment was that Jill completely checked out by turning off her microphone (I wondered why she didn't just go upstairs). Anywhat, we covered some of the big ones and made the expert determination that this postseason should be a ton of fun. Get into these games, friends!

And that's all I wrote, pals! Thanks so much to Jill and Josh for joining me, and to you for listening. Next week [if my Summerslam preview plan falls through] we'll have a tune from a new band, and maybe my mom on the line to tell a retail story - stay tuned!