I don't have a question because vacation, so here's some words about TV shows coming back/out this week. If you would like to join me on the show to talk about any of these, let me know - you could even be my official correspondent! (Is that too desperate an attempt for more segments?) 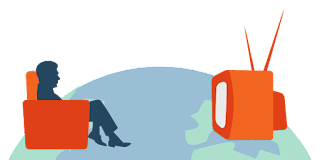 Misty Knight plays a brand-new judge who is ready to do it the right way by not taking any *coin* from stuffy bureaucrats. Does it seem like we've seen "new-to-the-job person tries to shake things up" a bunch? Maybe, but I'm enough of a fan of Simone Missick - and a bigger fan of legal drama shows - to give this a shot.

Watch the official trailer for the CBS legal drama "All Rise" starring Simone Missick, Wilson Bethel, Jessica Camacho, Marg Helgenberger, J. Alex Brinson, Lindsay Mendez, and Ruthie Ann Miles. Synopsis: A drama that follows the dedicated, chaotic, hopeful, and sometimes absurd lives of judges, prosecutors, and public defenders as they work with bailiffs, clerks and cops to get justice for the people of Los Angeles amidst a flawed legal system.

I love crime shows, so a criminal profiler whose dad is an infamous serial killer? Yeah, this will be right up my alley. Lou Diamond Phillips and Keiko Agena being here is just extra incentive for me.

If you tell me that Jimmy Smits (he was in 24 after he had a minor role in some other law show, you know) is in another legal show, I am going to at least watch the pilot. Here's the trailer in case you need convincing to join me:

A character-driven legal drama that follows the lawyers of an elite Memphis law firm that specializes in the most controversial landmark civil rights cases. Led by legendary lawyer Elijah Strait (Jimmy Smits) and his brilliant daughter, Sydney Keller (Caitlin McGee), they take on the toughest David-and-Goliath cases while navigating their complicated relationship.

And that's that, friends! Check back the rest of the week for more of my premiere picks!