Show notes - Episode 210: You Can Call Me to Play Some Games (Just Not THAT One)

Full disclosure: recording this episode was a bit messy with edits and cuts and stuff, so my bad if it sounds a bit jarring. We went all in on hating beloved video games (even though I forgot two - apologies to Keith and Brian), getting new gadgets, and Ash winning the big one. Let's get to it! 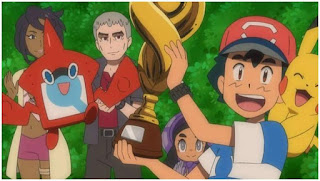 Today is my best friend's birthday, youse guyses! Unfortunately he is working so we won't get to hang out, but I wanted to shout out Bump again and use this space to explain an inside joke.

Every time it is about to rain, we scream "it's gonna raaaaiiiinnn" at each other (in real life or via text) and think of/send this picture. The guy screaming kinda resembles my brother, Dan, who does meteorology things for a living. So for the purpose of this long-winded explanation for a joke no one cares about, my brother is this guy:

(For the record: I found the picture in the background of an old Pure Volume page, so I have no idea who any of those people really are.)

I am so glad to be done with *REDACTED* for my fancy gadget needs. It was way more complicated than it needed to be to get a new phone. We walked in to Metro and had everything taken care of in much less time than it took to get any kind of answer from the other guys. Fancy gadget companies are ridiculous, but for now I'm good with this massive new jawn.

I had to read a lot more than I thought for this, but this was fun. I don't know that I properly addressed your issues with these games though, so I'm happy  to revisit this at any time. You may leave me a scathing voicemail if you'd like, to really let me know where I went wrong relaying your disdain. Or we can just play Ocarina of Time. Yeah, that sounds like a good idea. (Also Switch Lite and Genesis Mini are out so go get the things!)

I misspoke about The Office podcast with Angela and Pam - it premieres on October 16. Sorry to get your hopes up, pals! But I know I didn't get the Breaking Bad movie date wrong - October 11 on Netflix! And, as seen up top, Ash Ketchum finally won it all! Does this mean we get a web series of him beating the *coin* out of his island challengers? I hope so! 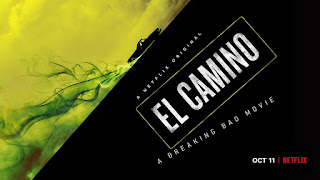 I'll be honest: I picked this game during the show, which is why the beginning of the jingle sounds a bit off. But I do think this is a decent matchup and that the Chargers can take the win at home. (And stop showing Phil's face, TV camera guy!)

Tim returns for another Something Provocative reunion! Subscribers will get the episode on Friday since I'm heading out very early Saturday morning, so do that thing and listen to me ahead of time!

That's that, friends! I hope you have a wonderful time doing whatever it is you do and that you don't get caught having too much fun! Woooo!