I Had A Weird Dream Recently

I thought about including this on the podcast this week, but I don't know that I could've explained it without taking 23 minutes of your time. Let me know if you can interpret what this means. This post was written in haste. 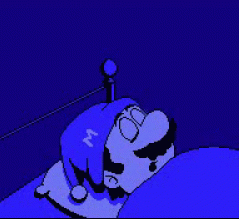 For some reason, I was managing the Philadelphia Phillies. It was September and the team had just won the division a few days prior, and the General Manager came by my house for "an important meeting." The second [third?] weird thing was that Buster was still around and with me. He loved the GM - though that's not weird, he loved everyone.

So the GM sits down and says "you've been doing such a great job, but one of the managing partners wants to make a change." For non-sports fans: it is highly unusual to make a coaching change so close to the end of the season when the team is winning, unless there's some kind of scandal.

I was taken aback and asked what the deal was. The GM didn't know, but said he'd look into it. He stepped out to make a call, then the management group (except one guy) hopped on a conference call. It seemed odd that they would be able to convene so quickly, even in Dream Land, but it turned out to be helpful.

Apparently the missing member was Buster's original owner and he had just discovered that I had him. Firing me was part of his plan to get the dog back. The ownership dudes knew I had Buster, but were unaware of the other owner's scheme. None of them could figure out how ousting me would get Buster, so they took a vote and bought him out of the team (his wife was completely on board with this and helped facilitate the transaction).

Of course this weird story broke and I had to do a press conference to explain it. Buster got a seat at the table and his picture was plastered everywhere. The nation, of course, fell in love with him immediately. I got to keep my job, my dog, and we won the World Series. As far as dreams go, this was quite wonderful.

So there you have it. I woke up confused by this premise, and sad because I miss Buster. I would say I couldn't make this stuff up, but my brain literally did. Where this came from I have no idea. Should I call a Witch Doctor?

If you have had any odd or fun dreams lately, or if you can explain what this one means, let me know below. (Or if you just want to share pictures of your pets, that'd be okay too.) 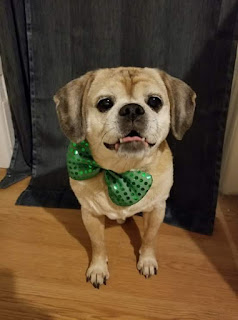