Morning, friends!
As I type this, the grass is still not finished. I hope it's just that the battery needed to charge and not some other issue, because I really don't have the desire to handle that right now. So for the moment, here's all of the stuff - lots of TV talk, some rasslin news, The Captain, and more!
Click here to download the episode! 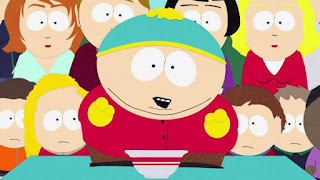 Pat remembers Chadwick Boseman (3:45), rambles on our TV no-fly list (8:17), and sets the record straight for Hank and Red (20:54). Plus MLB (25:10) and rasslin (30:04) notes, and a Flyers Update from The Captain (33:07)!
📺
Chadwick Boseman
So it turns out my "get a PR team like he had" remark was in take one and not the final show, so I'll say it here: find yourself a team that won't leak your information. It was such a good thing that his estate released this information instead of TMZ or someone else. Just pretend I said that nice thing on the show.
"Banned" TV shows
I was shocked to learn that so many other people could not watch the shows that my mom blocked from us as children. Shocked, I say! It did kinda make me feel better, so thanks everyone! 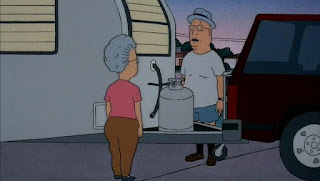 Hank Hill and Red Forman
These two great Americans would absolutely not be Trump supporters and I will not stand for this libel any longer I'll tell you hwhat. Dumbasses.
MLB stuff
To review: The Phillies might actually be good, the three-batter minimum should stay, and 7-inning doubleheaders should be the practice going forward. Also the Padres are not messing around and you love to see it because they are really fun to watch. Baseball!
WWE/AEW notes
AEW All Out is tonight! There are a few too many gimmick matches than I think are needed, but I'm sure this will be a fun show. I am super bummed we [again] could not do a big preview show for you, but hopefully next time! Also I still don't know who the WWE ThunderDome is for, and having "big" shows back-to-back weeks is not a good idea. (I will be talking about WWE banning its people from Twitch and Cameo next week for sure - ol Pat has a lot to say!) 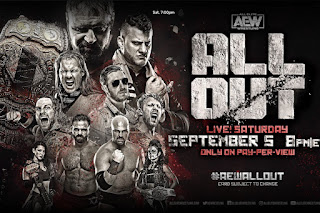 Flyers!
Game 7 tonight, pals! Let's go, Fly Guys! We need more Captain on the show! Is that weird because it creates more work for me? Maybe, but I love when The Captain joins us!
🏒
And that's that, pals! Thanks for coming to the table, as always. Next week we may have guests, or it will be me yelling to myself for 30 minutes - join me for some fun either way! Until then, don't do anything I wouldn't do!
Crap open a cold one!


⇩
(This post was brought to you by Broad Street Bound.)
Posted by The Melting Pat at 11:10 AM