Morning, friends!
We started a bit heavy this week, but sometimes you have to get real real. We made our way around to dumb stuff in no time, though. Let's go!
Click here to download the episode! 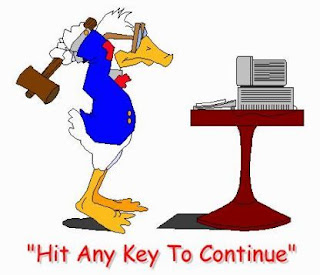 Pat rambles on watching too much news (3:08), shows and games on his screens this week (12:16), and how virtual learning is really going (16:39). Then it’s sports time with BAL at KC for NFL Week 3 (24:37) and a look at the new format for the MLB playoffs (28:54), before wrapping the show with a new song from The Band of Heathens (36:12)!
📺
Real news
I know, I'm surprised too. But there's a lot of stuff happening right now that isn't great, and I figured since I'm "the media" it made sense to dip my toes in for a bit. It only changes if you vote. I'll tell you hwhat: show me proof that you're registered (check your status here) and I'll turn on my camera for a Twitch stream. Sound good?
Dogs and Rocket League
I have never had any interest in the dog show. After watching some of one, I still don't. But those old white people sure pick some ugly dogs to win awards. Maybe I'll understand in a few decades? I wonder if I'll be any good at Rocket League by then. Judging by my performance the other day, that is doubtful. But at least this happened! 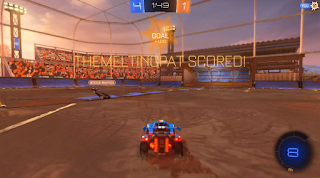 Virtual learning
Thanks to everyone who weighed in on how "school" is going! I wish I had answers for you re: making it easy, but I [of course] do not. Just keep plugging away - I believe in all of you!
NFL Week 3: Baltimore Ravens at Kansas City Chiefs
This game should be great and worth staying up past my bedtime to watch. I hope the Ravens do not take the Chefs lightly based on the Chargers game last week, because that would be turrible. Is this an AFC Championship preview? [/sportsguy]
MLB playoffs
I still think the Phillies can make the playoffs, but I stand by my further assessment that they will not be able to make a run. The bullpen is awful and the injuries are mounting. I do like the no off days schedule for some rounds though, as it will lead to more strategic use of relievers. Maybe this is the start of teams really taking stock in starters again? As someone who hates the parade from the pen, I can only hope.
The Band of Heathens
I feel bad that I had to sneak this in after the rest of the show was done, but at least I didn't forget about our friends right? Get the new album, Stranger, here and enjoy!
♯
And that's that, pals! We did it! I hope you found some fun in the later parts of the show. I can't promise that I won't discuss more real stuff in the coming weeks, but I'll try to mix in some nonsense for balance. I have no idea what's to come next time, so join me and let's all find out together! Until then, don't do anything I wouldn't do! 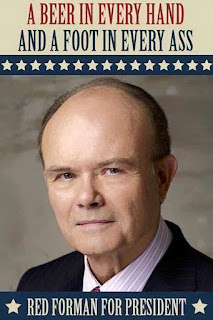 
⇩
(This post was brought to you by Broad Street Bound.)
Posted by The Melting Pat at 8:10 AM