Morning, friends!
Today I tried to tell you about social media consequences, but I'm fairly certain I mixed up my stories along the way. We still had good time though, so let's go!
Click here to download the episode! 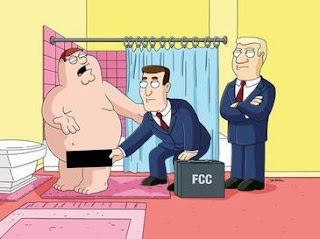 Pat meanders his way through tales of social media consequences.
🚩
I misspoke on the show. This is the tweet that led the "I can't believe you're using the event for clicks" person trying to shame me:

Also dudes who lost their shit over NFL players sitting during a song https://t.co/WfCb3QsAPD

They said that this was "beyond the pale" and that I should be ashamed or something. I don't remember now, but the best part about this is that the account is now suspended.
There was a Star Wars joke involved in this, but it was something I shared separately. I remember the person taking a screenshot of that tweet and being all "and THIS isn't making fun of tragedy???" I didn't see the connection between Darth Vader and Nazis, but maybe I'm just not in on the important stuff.
I think the lesson I learned is to not engage with people on Twitter unless they're contributing to the show in some way. That has worked since this mess.
✌
And there you have it, pals. I think I have one more canned episode for you before I can get back to normal. Although I'm scheduling these posts before the kid comes so I truly have no idea what the show will sound like in two weeks. Fingers and toes crossed. Anyway, next week is a mailbag episode so until then, don't do anything I wouldn't do!
Crap open a cold one!