Show notes - Episode 338: Get Out Early and Take the Shot

Morning, friends!
Again we did a lot of sports this week, but you could say it's that time of year. We also played a new tune from Midfield and rambled about some other stuff, so let's go!
Click here to download the episode! 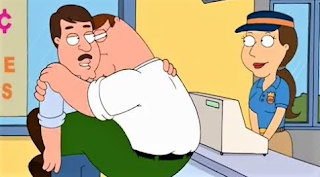 Pat rambles on family outings (4:10), another Jeopardy! update (7:37), early dismissals (12:12), and mass texting (17:10). Plus some TV notes (20:37), new music from Midfield (24:40), and sports updates on the NFL, Ben Simmons, and baseball (28:27)!
👶
Family time
It's always an adventure when we go out with the kiddo. Babies are a lot, apparently. He has handled our trips well so far, which is great. And we got Taco Bell breakfast, which is also great.
Jeopardy!
I hope the next update about this show I can give you is that they have a new host, because I don't know if I can handle more nonsense about a quiz show. That said, of course we're still going to watch. But it would be great if Sony could figure out their stuff soon.
Early dismissal
Being able to leave work early is great. There's a special feeling in the air after you get the news. But if you didn't have to commute to work, there is nowhere for you to leave early from if the office closes. So knock of the whining, or go back to the grind.
Mass texts
Is there something I'm missing? Have you all been able to send these mass texts without grouping the recipients? Someone teach me this wizardry, please.
New TV notes, part one
Walker is so good and I'm glad there will be a season two. I am looking forward to seeing what this new Legends of the Hidden Temple show is all about soon. And we do plan to watch Kevin Can F Himself and the newest [and last] Brooklyn Nine-Nine episodes. Who knew a newborn would so greatly impact our TV viewing habits? If you did, why didn't you tell me?
Midfield 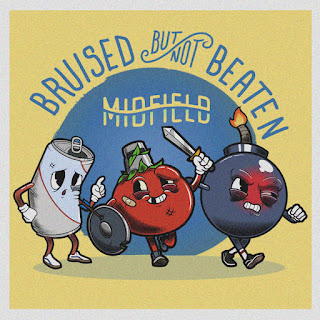 Thanks to our friends for the tune (and for helping me pick which one to play)! Get their new EP on bandcamp and follow them on all of the places!
NFL, Ben Simmons, MLB
I decided to mash the sports together today, even though the topics were not related at all. I don't care about your fantasy team, but I would like to hear about your draft. Ben Simmons apparently isn't afraid to shoot *every* shot, and the Phillies are giving me hope. Sports!
🏀
And that's that, pals! We made it! Next week - for real - I hope to have a special episode about pizza. So come on back for that and until then, don't do anything I wouldn't do!
And if you want to make a request or keep up with all of my stuff, click on over to Linktree!
Crap open a cold one!