Morning, friends!
Patrons get a hefty bonus this week, but the rest of you still get some fun stuff - music from old friends, settling a food debate, what's up with HBO Max, and more. Let's go! 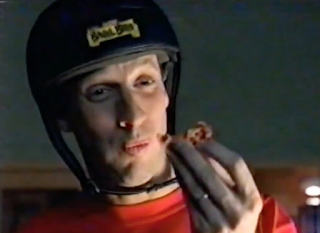 To download the episode, click here!
To watch the Patreon version with a bonus segment, click here!
Watch a preview of the Patreon version below!
♫
Last Night Saved My Life
Many thanks to our friends for the tune! Go get Another Brick here (Apple) and stream The Color Infinite, Part II below!
Bagel bites vs Pizza rolls - it's over
The debate has ended: bagel bites are better. If you have to enhance the flavor of your ready-to-eat food and add extra prep time? That food is not good enough out of the box. All you have to do with bagel bites is heat them and they taste great. Pat and Tim win again!
Puerto Rican Day
I love Puerto Rican Day. I love the food. I love the music. I love being treated like family. WEPAAAA
What's up with HBO Max?
I don't have HBO Max and I don't claim to be an expert on these matters, but this seems bad. What does this mean for people who want shows and movies made? Are we doomed to a lifetime of remakes and continuation series? Will anyone think of Degrassi??
Vin Scully
I said on the show that I might play the Kirk Gibson clip, but I found this video of Vin being blown away about getting Dodgers catcher, AJ Ellis, trending on Twitter at his request. Vin was tremendous. He called often called games by himself, which led to stories like these. He knew how to make the broadcast so interesting, but also knew when to lay out and let the game speak for the moment. A true legend in baseball lore. What a life.
Baseball trades
The Phillies made their upgrades - and dropped some dead weight. The Padres got Juan Soto. The Mariners got Luis Castillo. Other moves were made, but how about two teams that haven't won the World Series pushing the chips to the middle? Let's do this (also go Phillies)!
⚾
And that's that, my friends! We made it! Thanks for being here and thanks to Last Night Saved My Life for the tune. Come on back next time to find out what tumbles out of my brain. Until then, don't do anything I wouldn't do!
Crap open a cold one!