Happy holidays. friends! We covered a lot in this, my favorite episode of the year, so let's get down to it! 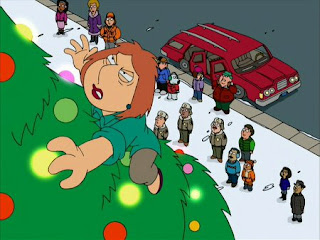 It wouldn't be a show of mine if I didn't spend the first part of it telling you about my wonderful weekend adventures. Buster enjoyed the *coin* outta the pet store, and there were a lot of coins collected during Festivus! And as brutal as some of those "grievances" can be, I look forward to them each year. Let me know if you and your family are brave enough to try it!

I may catch some heat for claiming there is no war on Christmas, but allow me to double down: there is no war on Christmas. If someone says "Happy Holidays" to you and you only celebrate Christmas, don't get yourself upset over it. Just say: "Hey thanks, pal. You too!" And after that? Move on with your day. The least we can do this season - and every season, really - is be decent to each other. It's not hard, friends! 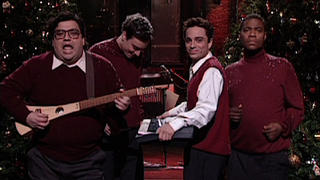 But I can't get through this episode without telling my favorite retail story ever: the tale of Light Bulb Lady. It's been seven years since I had that encounter, and I still have a hard time believing it. The fact that she thought a card store would carry Christmas lights. Her dog-hearing-a-new-sound reaction when I said no. The anger in her eyes when Amy suggested that her item could be found at Home Depot. Everything about that interaction will stick with me forever, and I am completely okay with that. I hope you found your answers, friend!

Our first holiday tune (ever!) comes from our friends, 7 Minutes in Heaven. I first heard this song when I asked Timmy if the band had done a holiday track and he sent me a Spotify link. I really liked it, but I don't really know about fancy things. Luckily for me - and you - I found it on Amazon! Wooooo! 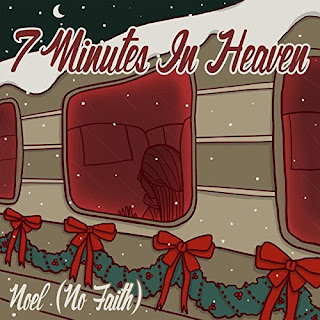 Apologies for the mansplaining, youse guyses, but sometimes I gotta do stuff! We know that Jesus wasn't born on December 25. But some smart dude decided to combine the big day with the solstice, so here we are. So drink your cake, listen to Linus, and don't be a big jerk!

As much as I love Christmas things, I know there are other occasions to be celebrated. That's why I make this a holiday show and try to include everyone - even if I don't know a whole lot about Boxing Day or Kwanzaa. If you're doing either of those things, or something else, I hope you have fun! Don't get hurt!

In normal show news: our Game of the Week is a gross one, we'll do a big HOTSTOVE recap (and maybe Hall of Fame stuff) next week, and the Captain returned at long last! Yeah!

A little different ending to the show this time, but I couldn't pass up the chance to play new stuff from our friends, Much Better! I hope you get as much joy out of it as I did! 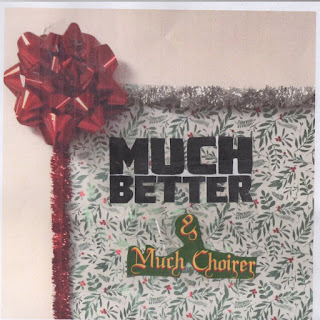 And that's what I have for you, friends! Whatever you're getting into this week I hope you have fun with it. At the very least, be good to each other!

Merry, happy, joyous anything and everything! Crap open a cold one!