Good friends of the show VISTA are set to release a new EP this week, so they took some time to answer questions from ol Pat. Enjoy!

Pre-order The Ruins on Apple Music!

It has been two years since your last record, with four singles in between. How did the idea to do an EP trilogy come to be? Was it based on recent events or have you been playing the long game?


Hope: Honestly, it was just an idea that popped into my head. More often than not, I’ll just be driving or something and these ideas will just come up out of nowhere. I texted Greg and mentioned the idea of a trilogy of EPs that don’t come together to create a full LP; just three separate records that fall under an overarching branding umbrella. That was something I really hadn’t seen before. I started playing around with different R words; revival came first. I passed along an iPhone note to Greg that just had a list of those R words, threw out a couple of combinations. He mixed and matched them and created the final combination of EP titles. The combination he chose mirrored what VISTA has been experiencing as of late, so it just felt like a perfect fit. We decided to write a trilogy that walked through the stages of loss, grief, etc; each EP will touch upon a different stage.
Greg: I think that we wanted to wait until a strong enough concept came to be to make a record again. So we put out singles for the time in between. Once the idea of 3 EP’s hit, that was something we felt was solid. There was plenty to explore there. It’s an albums worth of music without being an album. I’m happy that this story has a light at the end of the tunnel, but I don’t want it to take away from the gravity of how bad things got, so starting with The Ruins felt appropriate. It’s hard to play the long game when you want to write something so personal. We went through something and wanted to write about it as soon as we could, and give it proper depth. 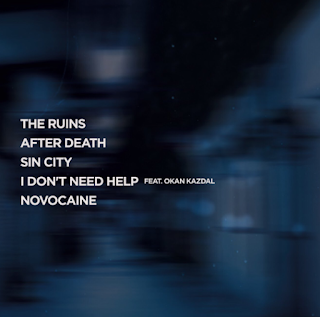 When we did an interview last year [following the Born For Blood release], you mentioned that your songwriting process differs from track to track. With how connected this EP trilogy is, how much were you able to lock-in on a method for each chapter (if at all)?
Hope: Only “The Ruins” is written and recorded right now. The other two EPs, “The Repair” and “The Revival” haven’t been touched yet; we’re taking it one at a time so we don’t get overwhelmed or burnt out. With “The Ruins,” we fell into a pretty consistent process. The biggest difference was the recording timeline. On our last record “Long Live,” we wrote and recorded that over a span of 7 or 8 months, going in and out of the studio periodically. For this one, I wanted to go in for a week straight and just continuously work so we’d fall into a groove. I think that definitely helped the work flow quite a bit, and I’m hoping we can keep a similar process for the remaining two records in the trilogy. Besides that though, besides “Sin City,” the other songs were all written on the spot in the studio. That really flexed our writing muscles and kind of forced us to just write.
Greg: I’m always on my toes with writing. I don’t like to expect one idea is gonna turn out one way or another. We got into a groove with this one and got it all done on a compressed schedule, which was cool. Sometimes I like when ideas have a bit of time to sit so I can make sure they’re the best thing I can offer, so in that sense it’s a tough balance learning how to bring your best ideas to the table immediately. Maybe I’d like to take a tiny bit more time? It’s hard to say. I know we will have more to write next time around, so it may end up taking more time regardless. Whatever it is, I embrace it! 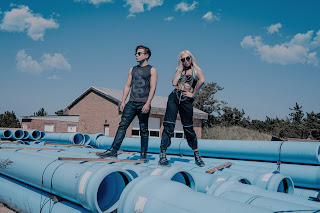 Unless I missed it, there is no "promo single" for this EP. Is that the plan for the other two? How much do you think that will help fans really capture the story of these collections? (Or could you not agree on a favorite?)
Hope: Yeah, this is a first for us! No promo single for this one. As I mentioned, we haven’t even begun delving into the other two records, so we’re not sure if there will be any singles released for those. I think releasing all of the songs at once, with no previews at all, is going to truly tell that complete story. For me, it was important that we gave it to listeners all at once. No 10 second clips. No premiere. Nothing. Just our story of the ruins in one shot.
Greg: I think for this particular EP that it was the way to go. Hopefully it’s piqued the interest of some. We definitely think that the feeling of the whole EP should be experienced in one sitting. Plus, it’s only 5 tracks. Didn’t want to give too much away beforehand, so then on release day people would feel like they haven’t gotten as much. It’s an interesting thing to balance between. 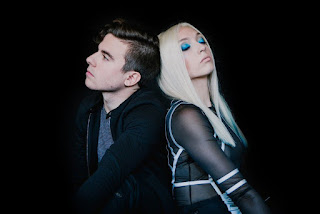 What can you tell me about the documentary? Will we be peeking in on demos, travel fun, and trips to different Wawas? Or is this a real Behind the Music-type movie?
Hope: We’re going to be delving more into this soon, but it’s not an uppity documentary. It’s going to give a pretty straight-forward look into what we’ve been dealing with internally within the last year, and highlight a domino effect of events that put us at almost a complete standstill. “The Ruins” is a deep and introspective record. This trilogy of EPs as a whole is going to paint a complete picture, and the documentary fills in some of the pieces. You’ll see a bit of the process of creating “The Ruins,” and how all of that connects to our personal ‘ruins.’
Greg: Throughout the footage you’ll see from the past year, you’ll also get some exclusive interviews about what happened. It’s explained a lot more clearly, better than it could be explained in a social media post. The tone of voice is there, the facial expressions are there, it’s all very real. Although through the end of this trilogy cycle, we are aiming to be on a positive note, this documentary shows why there is even a “ruins” in the first place. The goal is to be insightful yet emotional to watch. Still working on it as we speak! 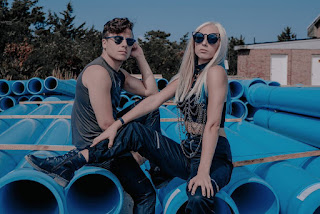 Until next time friends, don't do anything I wouldn't do! Crap open a cold one!