This week I did not move the microphone from its usual spot, but I was quite nasally - your ears can't win I guess. We did some yelling about serious and not-so-serious stuff today, but I played a sweet tune from new pals so it's...all good? Yeah, we'll go with that. Here's the stuff! 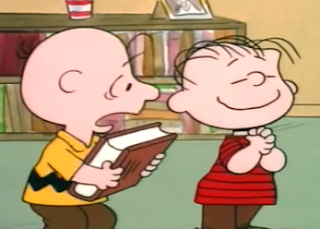 I seriously considered cutting all of this out of the show, but then decided to leave it in case there are people who don't understand why the president is problematic. I realize I took a bit of a left turn here, but what you need to know is: turn off Facebook notifications because there will be plenty of whataboutism that you really don't need to waste time reading.

Speaking as a former cashier, my thoughts on chatting at the register are simple: if the customer initiates the conversation, have at it. If they don't, ring the sale and send them home. Not everyone wants to do the small talk (but you should totally get the Small Talk EP from Double Identity) at check out time.

I enjoyed this game. I enjoyed some of the commercials. I enjoyed the halftime show. I also enjoyed seeing a bunch of stuck up tightwads complain that the halftime show was "sinful" and "disgusting" which is hilarious because I don't recall any such complaints when Adam Levine was shirtless during his performance last year. But I'm just not sure what the difference could be...in any case, congratulations to the Chefs!

First: I had to pause during this segment because my neighbors came home and their car stereo was so loud that it came through on my recording. That's why it sounds a bit jarring. Second: I'm really not sure how this idea came about, but I'm glad it did. I'm guessing people shied away from this one because it's gross, but props to Chadwick for making me laugh on a day when I really needed it. (I promise I'll get caught up on Too Fat Dudez soon!) 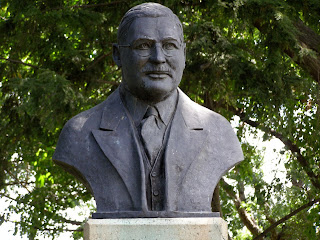 Also all of the information I rattled off about good ol Joey Grundy (outside of the Senator he sat in for) was from memory based on what I learned in grade school 20+ years ago so my bad if I missed some details. Learn more here!


Cartoon pals: We were all wrong

This has been on the list for a while because I needed people to know the truth. We love him because he told us the meaning of Christmas, but he is not the good friend he seems. He knew Charlie Brown was waiting, hoping to see the little red-haired girl. And instead of finding him when she arrived...well I'm actually not going to spoil it for you here. Listen to the segment and let me know if you disagree with my assessment. And yes I know I goofed on a detail or two, but the point stands.

Thanks to our new friends, standards, for the tune! Check them out on bandcamp and get excited about their new album due out this summer! (Thanks, Doug!)

Is this a good trade? I would say yes for the Dodgers. The Red Sox decided to get what they could for their best player before he left in free agency at the end of the year. Could they have waited until July? Possibly, but then they risk a slump and/or injury diminishing the return. And who knows? Maybe these guys I don't know from LA and MIN will be superstars. The Dodgers didn't really need to get better, but here they are ready to run the West again. And the Twins didn't make out too badly either. When can we start seeing some games?

And that's that, pals! This one started a bit rough, but I think we all came around in the end. Or we didn't, I don't know (I'm not even sure anyone reads these). Next week I'm on vacation, but you will hear me chat with Doug Coleman about Jeopardy and breaking up via text - subscribers will have that in their feeds on Friday!