Can We Talk About Both Hunter Pence Trades?

Hey, pals!
I don't have a question for this week, so I wanted to write some words in place of that. Sure I could write about what's going on with the pandemic or the nonsense happening in Washington, but you're probably sick of that by now. So instead I will revisit a pair of trades the Phillies made years ago. Does one of them still bother me? A little bit! (All numbers cited are per Baseball Reference.) 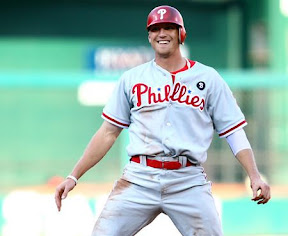 It's 2011 and the Phillies are good - very good. But there is a piece missing, and the brass makes a move for a right-handed hitter to slot behind Ryan Howard and Chase Utley: Hunter Pence.
Astros get: 1B Jonathan Singleton, RHP Jarred Cosart, RHP Josh Zeid, OF Domingo Santana (PTBNL)
Phillies get: Hunter Pence, cash considerations
👍
Pence had a positive impact on the Phillies that summer and fall. His .324/.394/.560 slash line (that's batting average/on-base percentage/slugging percentage if you're not a nerd like me) helped the team win 102 games en route to the postseason. Without even seeing how the traded players did in Houston, I feel confident calling this a win for the Phillies. But just for fun, here's how those players did.
Jonathan Singleton played 114 games in the majors over two seasons. He did not hit like the Astros hoped, he had some off-field issues, and last played a major-league game in 2015. The Astros will be finished paying his contract in 2021 ($250,000 buyout).
Jarred Cosart played for three teams in five seasons (last for the Padres in 2017). His numbers were not great. If pitcher wins and losses matter to you, his 16-23 record shows you enough. If they don't, his career 1.453 WHIP should help. Again for the normies: WHIP is walks + hits per innings pitched, so it measures how good a pitcher is at keeping runners off the bases. A number that is considered good here is around 1.32. 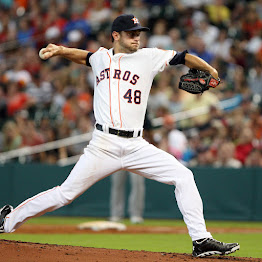 Josh Zeid pitched two seasons in Houston, and has not appeared in the majors since. Like his traded brethren, he did not pan out like the team hoped. Even when you account for stats being inflated for relief pitchers, the numbers weren't good.
And final piece, the player to be named later [PTBNL]? That was Domingo Santana. He debuted for Houston in 2014, and is currently playing for the Cleveland Indians. He had three decent seasons in Milwaukee, an okay year in Seattle, and [like lots of players] is working his way through this strange season.
While Santana is still having a decent career, he didn't break out until after he left Houston. So to put it simply: This Hunter Pence trade was a steal for Philadelphia. It's hard for me to believe that this was completed by the same GM/team of scouts who deemed Domonic Brown untouchable.
(Side note: I had fans of other teams tell me in 2013 that I was wrong about Brown. He hit well for about six weeks and made the All-Star team. I acknowledged his success, but warned that he was due to come down. Sure enough he was back to popping out with the bases loaded and misjudging fly balls by mid-August. Crickets from his supporters, of course.) 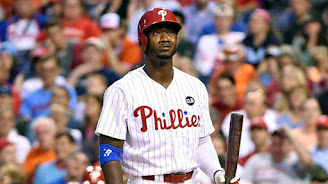 A year later, the Phillies were not good. Unloading players made sense: Ryan Howard suffered an injury during the 2011 playoffs and the team wasn't getting younger. They had already traded fan-favorite, Shane Victorino. The [painfully slow] rebuild was underway. Part of me thinks that if Ryan Howard hadn't gotten hurt, Pence would have remained here (oh what could have been). Given their place in the standings at the deadline though, a move had to be made.
But generally when you're unloading good players, you should get some top talent in return. Even so many years later, this trade bothers me.
Giants get: OF Hunter Pence
Phillies get: OF Nate Schierholtz, Double-A catcher Tommy Joseph and Class A pitcher Seth Rosin
👎
Hunter Pence continued to produce in San Francisco for the next five-plus seasons, despite a few injuries along the way, and he helped the Giants win the World Series in 2012 and 2014. The players who came to the Phillies, though? I mean: 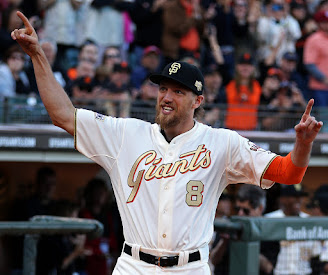 Nate Schierholtz played just 37 games for Philadelphia. His numbers look okay through that lens, but he was a fourth outfielder at best. For the player they gave up, having part of the return be a rental? Brutal.
Tommy Joseph transitioned from catcher to first baseman and played two seasons for the Phillies. His .247/.297/.460 slash line was uninspiring. His average of 2.2 strikeouts per game (if I did the math correctly) was also not good, but in that way he really did fill in nicely for Ryan Howard.
Seth Rosin pitched only once for the Phillies. He gave up five runs in two innings.
So in return for Hunter Pence, a key piece in the lineup, the Phillies got: 37 games of a backup outfielder, two years of an almost-passable first baseman, and two bad innings on the mound. I understand that prospects don't always pan out, but I refuse to believe that there was no better deal on the table for Hunter Pence in 2012. 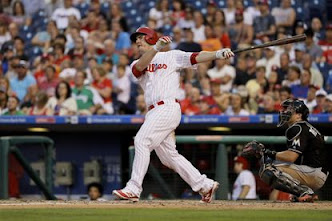 To be clear: I have no idea which deals on the Hunter Pence table were viable, or if other teams were even making offers. But I just can't buy that this deal was the best available. That an executive would find it fitting to trade a key player for a Double-A and a Class-A prospect and a fourth outfielder is laughable to me. There's a reason that the front office has been overhauled since. I know that the team was rebuilding and that Pence would be gone at some point. But the return was just so disappointing. In a way though, it really set the tone for the next several years of baseball in Philadelphia. 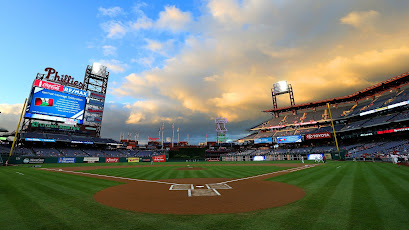 And there you have it, friends: Ol' Pat ruminating on trades that happened years ago. Can the act of trading Hunter Pence be justified, given the state of the team then? Of course. But dumping him for peanuts was inexcusable. I'm pretty sure if you tried to make that deal in The Show, the game would ask you several times if you were sure. This was like a fantasy league trade that only got approved because the Commissioner was the guy getting Pence. Since I am still watching mediocre baseball [although not at the moment thanks to the Marlins], I think it is totally acceptable to still be mad about this deal.
To open it up: What are some deals your team made that really got you? Let me know and let's be mad at executives together!
⚾
This week on the show I may have a guest, The Captain should return, and there's a chance for an update on the NBA bubble. Lots to come - or maybe none of that - this weekend. Until then, don't do anything I wouldn't do (and join me on Twitch throughout the week)!
Crap open a cold one!


⇩
(This post was brought to you by Broad Street Bound.)
Posted by The Melting Pat at 2:09 PM