Morning, friends!
What a weird week for America. I covered some of what went down, but by the time you see this I'm sure more wacky stuff has happened. The pitfalls of recording two days ahead. Anyway, here we go with the stuff! (Photo credit)
Click here to download the episode! 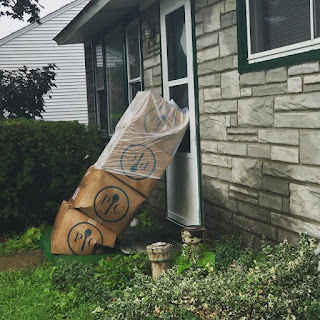 Pat gets a late submission for your first big news story (3:29), updates his housekeeping progress (5:21), rambles on social media bans (9:12), and shares a delivery patpeeve (17:00). Plus a tune from Mascots (23:10), NFL Divisional Playoffs (27:26), a note on the Eagles (36:29), and more!
👩
Late news
I am surprised that no one mentioned Bill Clinton's "indiscretion" when the question of news stories came up last week, but I'm glad we got to it. What a wacky time that was. (Also I'm deducting points from Blogger because their dress icon thing is not blue. That would've been perfect up there.)
Housekeeping
Fixing things, getting safety-certified (is that a thing?), and super late deliveries - what a time to be me!
Social media bans

Hilarious that the only popular vote Trump actually won twice is to remove him.

This entire situation is hilarious. Is banning a sitting president from social media a "slippery slope?" Maybe. But you don't get to incite a riot and keep tweeting that we have to "take back our country." And no: his freedom of speech is not being violated. The terms of use in those apps were violated and that is why he has been banned. Please go take a high school civics class if you think the first thing. Also that Parler was hacked before being taken down is tremendous. If you're dumb enough to publicly share videos of yourself committing crimes (and your license??), you deserve whatever punishment comes your way.
Mascots 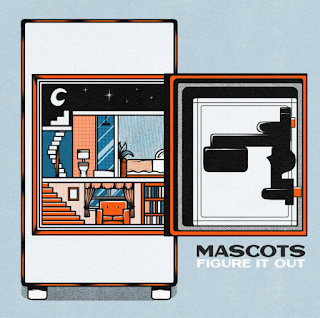 Get Figure It Out here (Apple Music) and follow Mascots on Facebook, Twitter, Instagram, Tumblr, and YouTube - and listen to my interview with them here!
NFL Playoffs
The game on Nick was great and I hope they show another one on there. This slate looks good, so go teams! (Unless your team is the Bills.)
NBA and COVID
I mentioned a few weeks ago with Josh that the NBA's plan to just get back to traveling for games was going to be a mess, and boy has it been. What I'd like to know is why some teams (the Sixers) had to dress an injured player to have the required eight, while plenty of other games have been postponed. Conspiracy!
🏀
And that's that, pals! Thank you as always for joining me this week. Next week: we'll probably have a tune from shallow pools and we may hear from The Captain. Beyond that I have no idea, so join me and let's learn together. Until then, don't do anything I wouldn't do!
Crap open a cold one!

⇩
(This post was brought to you by Broad Street Bound.)
Posted by The Melting Pat at 9:19 AM