Show notes - Episode 306: Grab Your Mittens and Get to the Game

Morning, friends!
It feels like we didn't cover a lot of ground today, but it's been a weird week so my bad. The back half isn't for you if you don't like sports, but we've got a new tune from shallow pools! Let's go!
Click here to download the episode! 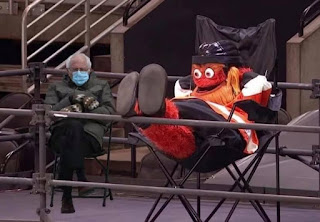 Pat rambles on a new president (2:18) and filling for time (9:54) before playing the latest tune from shallow pools (14:01). Then it’s NFL Playoffs (18:57), MLB HOTSTOVE (24:56), and the first Flyers Update of the year from The Captain (31:36)!
🤵
New president
I know I'm probably not the guy to be speaking on politics slop, but isn't it a relief to hear POTUS speak in complete sentences and not insult entire groups of people?
shallow pools
Thanks to our pals for the new tune! As the kids say, it's "a bop." I don't know what that means, but get the song here and check out the wonderful music video below! Follow them on Facebook, Twitter, Instagram, and Spotify!
NFL Conference Championships
My team lost and it wasn't pretty, but we still have more football to play. (Also shoutout to Bills fans for donating to Lamar Jackson's favorite charity, Blessings in a Backpack, after he got knocked out of the game.) Now that I don't have a dog in the fight, I just hope the games aren't boring. Go whoever you like!
MLB HOTSTOVE
The Phillies upgraded their bullpen. The Blue Jays got their CF. The Yankees brought back DJ. And the Mets dumped their scumbag GM because their new owner has no time for that. What a week!
Flyers Update
It's so wonderful to have The Captain back on the show. Yes, it is more work for me. But it's nice to have someone on the show who actually looks up relevant details before he records. Right?
🏒
And that's that, pals! I am off to talk to my repair guy about getting this fencing put up out back because my neighbor has decided to take up half of my space now. So I hope your day is less stressful and that you join the rasslin fun next week. Until then, or whenever you decide to return, don't do anything I wouldn't do! 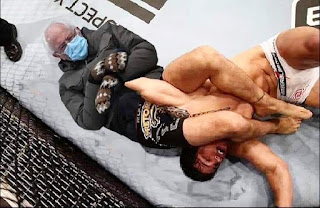 ⇩
(This post was brought to you by Broad Street Bound.)
Posted by The Melting Pat at 10:12 AM