Morning, friends!
I am getting the hang of recording in shorter segments and I have to say, the editing process seems to go much faster. We'll all just ignore the fact that I nearly left out an entire segment and tell you that we had some fun with all of the things. Let's go! 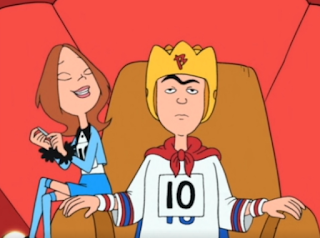 To download the episode, click here!
To listen to the Patreon version - with 20 extra minutes of me - click here!
🎶
A Story Told
Many thanks to our friends for the tune! Find more from them here and get Never Around here!
What's with these shoppers?
I'm not saying I'm mad that we aren't locked down or whatever anymore. But during that time, people seemed to care about personal space. That has vanished and I hate it. Stop breathing on me!
Stranger danger!
People of the world: Please leave me be while I'm walking around outside. I cannot help you. I have no money, you can't use my phone, and I do not know where you are going. Also don't ask me, a stranger, to hang out with your grandson. That's just weird.
Device issues
I understand why I wouldn't be able to use a PS2 controller on an actual Xbox. That just makes sense. But if said controller works with other gaming apps on my PC, why can't it work with the Xbox app?
Sports
Aaron Judge hit 61. The Phillies are collapsing and may miss the playoffs. The NFL Game of the Week is not great. But the Flyers and Sixers will be back soon! (Yeah, it's not much solace to me either.)
🎮
And that's that, pals! Thanks for joining me today. I hope you are staying safe and warm [or cool] and dry. We may have a guest next week so come on back to hear the thing. Until then, don't do anything I wouldn't do!
Crap open a cold one!