Show notes - Episode 266: Camp on Your Own Stupid Screen

Morning, friends!
We have a bit of a shorter episode this week, but I've been recording and editing a lot lately so I think I needed it. GoldenEye, NFL, MLB, and a new song from Bleached - let's go!
Click here to download the episode! 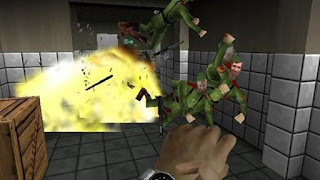 Pat rambles on our favorite GoldenEye weapons (3:03), spins the latest song from Bleached (14:15), previews Bears at Panthers for NFL Week 6 (17:54), and wraps with some MLB playoff chatter (21:10).
🔫
GoldenEye weapons
Thanks to everyone who weighed in on this important topic. The winner did not surprise me, but the love for another weapon pleasantly did. Keep your eyes on your own screen!
Bleached - Stupid Boys
Our friends, Bleached, released a new song and it is wonderful. Get the song on bandcamp, and go check them out at hellobleached.com to know when they're streaming live next! Woooo! 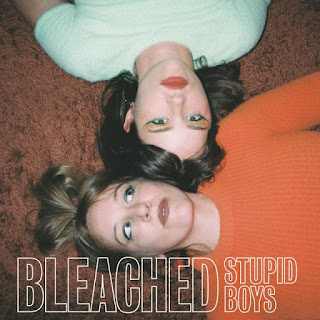 NFL Week 6: Chicago Bears at Carolina Panthers
I know I could have picked Packers-Bucs, but I just talked about TB recently and I like to highlight different teams as often as I can. As far as I know, this game is happening. Both coming off wins, so let's see who builds on theirs!
MLB playoffs
As of this writing, the Astros have forced a Game 7 and the Braves lead the Dodgers. Could I wait to post this until morning to update you on that game? Yes, but then I would have to set an alarm. Go Dodgers?
⚾
And that's that, pals! I know we weren't together for long today, but I will more than make up for that in November. Next week I'll have World Series, NFL Week 7, and maybe an update on WWE vs. their talent re: Twitch streaming. Until then, don't do anything I wouldn't do!
Crap open a cold one!

⇩
(This post was brought to you by Broad Street Bound.)
Posted by The Melting Pat at 11:09 PM