Morning, friends!
Do not adjust your fancy gadgets - it is Thursday and the show is available, per our Thanksgiving tradition. I had to call an audible for part of the show (you'll hear why), but I do hope to debut a new segment next week. For now, enjoy The Captain and my wonderful chat with RAVIVE!
Click here to download the episode! 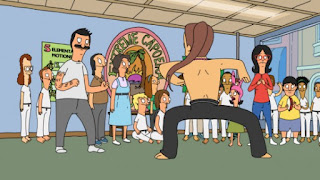 After a Flyers Update from The Captain (3:13), Pat is joined by RAVIVE for a wonderful chat (8:33) before playing her new single (58:06)!
🦃
Flyers
I know they aren't doing so well right now, but I do appreciate The Captain's hard work and positivity. Also he recorded that on Tuesday so two of the games he previewed already happened (but only one as I'm typing this - a 4-0 loss to Tampa Bay). Onward and upward, good sir!
RAVIVE
I am so happy that I finally had Hope on the show. This has been on my list for five years - even though I did not one, but two print interviews with VISTA. I feel like we talked about everything except the song though, so when I have her on again in another five we'll have to fix that. Go here to stream Social Shit on your favorite place and follow her on all of the things! Thank you for joining me, my friend! Also because I do not censor music on this show, the episode does contain explicit content. My bad, people who listen with their kids.
Also also here is a gif of me being super sleek during the show. I know it looks weird with the Zoom box there, but it was much worse when I cropped that part out. But you get to see me doing show things for once, isn't that enough? (Maybe if enough people buy our album, I'll do a special video podcast.)

🎵
And that's that, pals - we made it! I hope your Thanksgiving is happy, healthy, and that no one eats the last of whatever you want. Our next episode will be on Saturday December 4, so come on back for the stuff (maybe I'll sound better!). Until then, don't do anything I wouldn't do!
Crap open a cold one!
(Oh! I forgot to mention that the new microphone I used for the first part of the show is the Zoom ZDM-1. It is currently on sale for $50 - click here to get it from your preferred place!)