I hope your Saturday is less dreary than mine, and that you find a way to enjoy yourselves and do things for your moms this weekend. We did a bunch of stuff this week, including some yelling, so let's get to it! 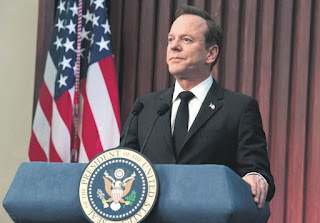 First off, thanks so much to mom and Bill for getting me a "new" fridge! I was not about to go halfway with my landlord on an appliance that I wouldn't get to keep, so I'm glad they were able to come through in the clutch! Now if we could find a bigger place...

I realize that watching the news is not great for me, but sometimes I can't help myself. Since the president is basically a TV character at this point, why shouldn't we just start letting other characters run for the office? Tom Kirkman, David Palmer, Selina Meyer, whatever character Geena Davis played - you know, the classics! We certainly can't get more ridiculous at this point, so it's worth a shot.

The reason I can even suggest Tom Kirkman for this new role is because the TV big wigs decided to cancel Designated Survivor - along with quite a few other beloved shows. All I can really do is hope it gets picked up by another network, and blame Audrey, in the meantime. In a bit of good TV news: Last Man Standing is returning in the fall (to Fox), and Brooklyn Nine-Nine has been picked up for a new season by NBC. All is not lost! 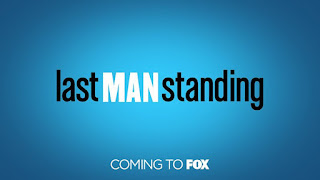 On Monday I posed a question about bad movies you saw in theaters, and I thank youse guyses for responding. To the rest of you - who I guess didn't want to re-live a bad time - I understand. For my money, Snow Day is the worst. But the fact that I hadn't heard of the other two answers makes me wonder if they are actually worse. Also as follow-up: What do you do when you're watching a bad movie in a theater?

Again, I'm too lazy to post the cover art for things, so I'll just tell you to go see Life of the Party (and hope it's enjoyable!) and play Trailblazers on your console/PC. Also watch A.P. Bio on Hulu and Very Good Girls on Amazon Prime if my wonderful descriptions sold you!

Our tune this week comes from new friends, Carb on Carb. It is a wonderful track called It's been a rough year, and you can buy it [and their new album, for ages] on bandcamp. Thanks, new pals! Enjoy the album, friends! And go see them if you're in New Zealand! 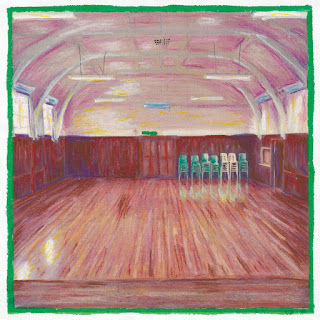 I really didn't think the MLB stuff would go that long, but it turns out a bunch of stuff happened. Guys get hurt a lot. Poor performers get traded. No-hitters happen. Should we shorten the season? Are the Phillies for real? How do I deal with Didi crushing baseballs now? I can't handle the truth! But I'm glad you can and did. (Also the Diamondbacks lost to the Nationals last night. Bummer.)

Finally this week: I still have two free Pokemon to give you. Do the thing for a free legendary beast! Yeah!

Thanks, friends! And thanks to G. Love and Special Sauce for the closing song! Enjoy your weekend and don't do anything I wouldn't do!