I just realized as I'm finishing my show posting duties that the UPS Store I was supposed to go to today has just closed. I wish this was my first time missing that deadline.

But enough about me...wait, it's pretty much all me from here, isn't it? Maybe, so my bad! Here's the stuff from this week's episode - which includes a fun/awkward conversation! Yeah! 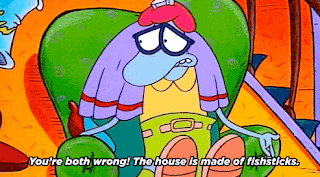 I learned after I recorded the show that we got some new home food court ideas, so I will try to remember to lead with them next week. For now though, we have a solid lineup, and maybe a start to Bridget's initial suggestion of a mall with only food stores: 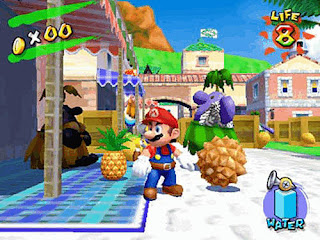 I did not expect to go on a mini-patpeeve on Mario games, but my point still stands that anyone who kinda enjoys video games can find a title in that franchise to enjoy. If not, please join me on an episode so I can be irrationally angry directly to you.

I have no idea who is going to win the foosball games, but I must stick with the Chargers the rest of the way. It hurts me to type that, but these are how the sports gods rule. I wish those gods would find a way to get the Flyers back on track, even though I loved hearing The Captain get serious. Pick it up, Gritty!

Finally this week, many thanks to our friends, Mascots for joining the show! It was utterly horrifying and we took a fun detour, but I like to think we are all better for it. Get their EP Butterfly Effect and do your best to convince them to play some shows over here! (Also the rest of the band was polled on the all-important question and everyone ended up on the right side of history.)

And that's all I wrote! Have a great day and don't do anything I wouldn't do!