This week, Josh returned through the magic of the telephone to help me talk Halloween decorating protocol, a bunch of sports things, and more - let's get to it!

It's always wonderful to visit family, but I have to say that a great thing about being an uncle is the ability to return the crying child to his parents. I'm glad that Josh, who has stepchildren, was on my side about this. It could have been awkward. Also *coin* swans. 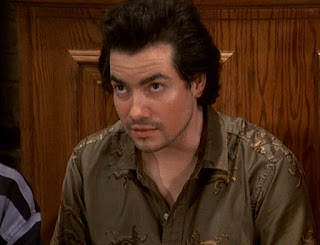 As you read this, I will probably be doing yoga for the first time in weeks. But after that [or if you listen in the evening] I will be working my third bag bingo. I'm not really sure why these women need to see the bags up close during their games, but I usually get free pizza out of this so it'll be a good time.

Thank you to everyone who answered me this week (though come on, that's so much reading) - I like that we got a nice range of answers. I was hoping Josh wouldn't call me out for not committing, but it was actually a funny exchange so I'm glad he did. Bottom line: make sure you have your decorations up by October 1, especially if you don't have homeowners insurance. Also who did the better promo of Paul's answer? I wish I knew how to make a poll on here... 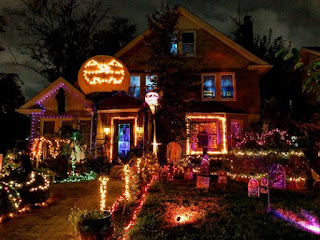 I realize that I did not do a good job with Space Cows, but I think my hard line on Spyro and the fact that Busterella joined us for River City Girls makes up for that. (If there are no super tampons, I'll be really disappointed in the crew from River City. And I'm kinda miffed at whoever is in charge of such things because it took two decades to get WNBA players into video games.)

This game could be close. This game could also be 35-3 after the first quarter. But what you really need to know is that football is back and you get to enjoy hearing me do the Monday Night Football jingle [almost] every week until February. Isn't that wonderful? 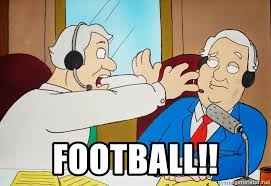 Also you should watch some college football because it's fun and go Ducks and also go Gators I hope youse guyses enjoyed this long sentence.

I don't know what happened to the Phillies. I don't know if the Indians will rebound. But I do know that September baseball is most excellent and you should jump on the train to watch it with us. MLB.TV is free for college students, so you have a great excuse to not write that paper!

And that's that, friends! Thanks for coming to the table as always! Next week we'll have a tune from a new band and...I have no idea what else. But until then, have fun and don't do anything I wouldn't do!