That Time I Saw a Sale

Today I wanted to drop in right quick to tell you about my first experience with a sale on Steam. I realize this post isn't exactly timely, as it has been in my drafts for a year, but I already have the picture so off we go!

I bought four games total (breaking a bit of an unwritten rule with two) and I am pumped to dive into them further.

This, friends, is my favorite Grand Theft Auto game. I have definitely played the next one more often, but this was the first one I ever played and I was hooked almost immediately. I do prefer playing this on PS2, but since my copy is elsewhere this gets the job done. (But for real, someone find my PS2 copy of GTA III. Please and thank you.)

This, coupled with III up there, is the second game that made me broke the unwritten rule of buying games more than once. I have this game for PS2, but I still bought it for PS3 ($2!) and again for PC. Motorcycles being included really made this game awesome. If GTA III had those, I may not even need to play this one, but something about creating a 1980's drug empire keeps me coming back to Vice City,

(Somewhere, Brendan McCullough is pulling out his hair. I understand and apologize, good sir. But I couldn't pass up the deal!) 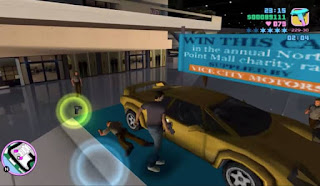 I have never played this game and I got this bundle so I finally could. The only thing I really know about it is guys in high school were excited to find the cheat code to make the main character a white guy. Hooray for Northeast Philly schools! 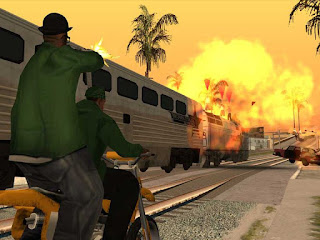 I remember previewing this game on the show and I was excited to play it. I was shocked to see it for this cheap, so I jumped on it. This was a good decision because I love this game. It is difficult, but it is a classic beat-em-up with a lot of gore. Well worth the price, for sure! 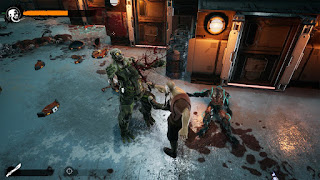 Four games, $14.23. I feel good about these buys, friends. I'm having fun with all of them, and may even do a super late-to-the-party review of one of the two "new" ones.

Have you gotten any sweet game deals lately? Do people even play old GTA games anymore? Should I give in to temptation and get GTA III on PS3? Let me know things, friends! Until next time, don't do anything I wouldn't do!