Show notes - Episode 221: Your Trash is Ruining My Cameo


I did a bunch of yelling today, but I also played a sweet tune and finally talked about the Astros. Hooray me! Let's do the stuff! 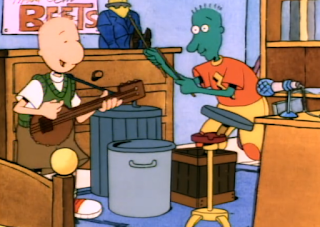 If you take only one thing from my ramblings, let "move faster" be it. I will hit stick the *coin* out of everyone this season [and beyond] with no qualms!


Thanks to Jen for the suggestion this week - again, for doing the hard work - and to everyone who gave their picks. I forgot to mention this one from Triple A, who received a message from rasslin legend, Jerry The King Lawler:


It is utterly insane to me that children have to deal with debt before they can get lunch. There are plenty of rich bastards in this country who can fix this. How do we get them on board? (Also I love that I took this to a place of calling out rich people, because they need that.)

Also for anyone who is unfamiliar, here is that Daniel Tosh joke I referenced:

Not a lot of new releases this week, but I managed to fill your head with useless knowledge anyway. I have no idea how Madden developers let that "glitch" slip through, but I am all for it. And I would love to know who I could talk to about getting a LEGO game of the Bourne movies made. I would pre-order that so *coin* fast, friends. Who knows the nerds responsible for this type of project? 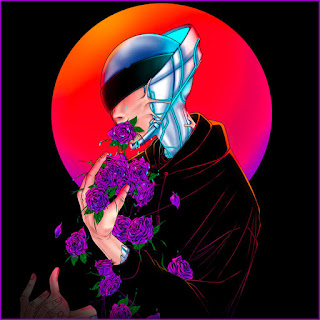 Thanks a bunch to our friends for the sweet tune! You can get tickets to see them here, and then you can tell them I sent you and they might know who you mean. Yeah! Also get "Heartbeat" here!


I should've asked a non-baseball fan about this, but I forgot so I'll do it now: What do you think the punishment should be here? The team used fancy gadgets to steal signs in real time, and the front office encouraged it. Why I am directing this to non-baseball fans? Because they won't have any bias for or against the organization, and that seems like a good trait in this case. Also I misspoke: Marcus Stroman retweeted this video in which you can hear the Astros signal off-speed pitches:

ICYMI - This is the infamous garbage can banging noise from a Blue Jays and Astros game back in 2017. It's very clear if you listen with headphones, too. pic.twitter.com/FLevUbzKnj
— Ian Hunter (@BlueJayHunter) November 14, 2019

It's weird that this is probably the best week for the Rams to face the Seahawks, but it still might not really be a contest. It's good that the Rams have improved lately, but the Seahawks are on another level right now. It's a shame that they could be the road team in a playoff game against the Cowboys, but such is the NFL I suppose.


And that's that, friends! Sorry if this post loads slowly, but videos are necessary sometimes. Not gonna lie, this probably should have gone up 30 minutes ago, but I started a game and got distracted. I am 31. Anywho, thanks for coming and until next time: don't do anything I wouldn't do!