I may have stuck to my promise of making a shorter episode this week - after a month of saying "this time for sure!" I have not even started the process yet though, so who knows what will tumble out of my face hole? In any case, here's the stuff! 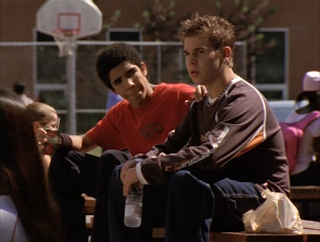 I know I don't usually go into news things, but I think during a pandemic is an appropriate time to break format. Just remember: Wash. Your. Hands. And try to stay home if you're unwell. You may not be drastically affected by (or even get) this virus, but you could pass it on to someone who will. Also the president is still a complete idiot.

I don't know why this is even a question, but the internet is a strange place. I'm glad I only came across one person who pours in milk first, because this segment would have gone on forever otherwise.

Thanks to Michele for pointing out that this wonderful show is streaming on Tubi. I love every second of it, and not just because I was the same age as the cast when it premiered. Bless you, Canada.

I didn't mention this on the show, but I came across this vidya game and wanted to share it with you. My Hero One's Justice 2 came out this week on PC, PS4, Xbox One, and Switch. It is a sequel to a game I've never heard of, but I love how it looks. Plus it's a fighting game, and you know I love those even though I'm awful at them.

This seems like an anime game with Tekken fighting mixed in - which makes sense considering it's made by BANDAI. I hope there is some kind of story mode here, because it would be fantastic. I can't justify $60 on a game these days, so I hope there's a demo. Or if you buy this, bring over whatever fancy apparatus you have and let's play together. I'll buy the pizza. 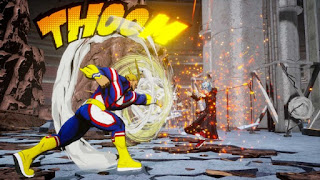 We went old-school with the tune this week, as I finally played my favorite Unquiet Nights song (and the first song of theirs I ever heard). Check out more from them here, and listen to my interview with Luke Mathers here!

I love that the Brewers - a smaller market team - went in and locked up their star. I am not a fan of seeing great players have to leave a good team because of money, so maybe this can start a trend. And I know I've said this before, but the fact that there are still specialist relief pitchers in the game baffles me greatly. You're paid to get guys out, right? How can teams justify paying more than half of what you're worth?

I will end today's word ramblings with this: the video from which I took my screenshot. I first saw this video on ebaumsworld.com (which is still around) and have always thought it was quite clever. I wish I knew who these guys were so I could chat with them. But I don't, so sharing this will do for now!


And that's that, pals! Thanks for joining me and until next time: don't do anything I wouldn't do!