We had a change of plans, so today you get just me rambling about stuff. I don't know why I sounded weird here (though it was quite warm in the studio last night) but I'll try to fix that for next time. I did some complaining, talked about TV, and did other stuff! Yeah! 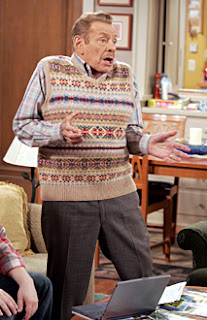 Fez did not give me permission to post his photo, but just trust me that he looked great. I'm happy everything worked out with the technology stuff, and you know it's a good party when someone poops on the couch.

I decided that sharing my college radio shows with the world [again] was a good use of my time, so you can click here to listen to them. I am uploading some of the sports shows today, but you can enjoy Some Wrestling Show and Something Provocative in the meantime!

I'm actually kind of glad YouTube decided to be jerks, because the process of sharing the shows to Mixcloud was much easier. I haven't heard back from them, but I'll let you know what bureaucratic nonsense they send whenever they get around to it.

It's probably not good that someone was able to get into my Apple account, but I'm glad that they can no longer do that and did not take money from me. High five to the tech support people who were super helpful during this weird situation!

I still haven't finished season three of Ozark (I know), but we are working our way through the wonders of Degrassi: The Next Generation. Also on our screen: a Golden State Killer documentary (Hulu in the US), My Crazy Ex (Tubi), Undertaker: The Last Ride (WWE Network), and of course The Last Dance (ESPN+). Also I learned that Cheaters is still on the air and was on VH1 from 4-6AM today. What a world! 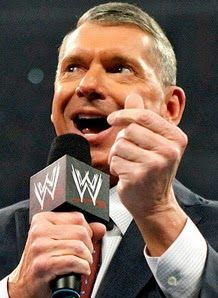 Again, big thanks to Josh for hooking me up with this new PC. I can work from home and save a bunch of money, and play these games I bought that did not run on my laptop. Also this means I can get Untitled Goose Game for now and play both the "new" Tony Hawk collection and Trollhunters games that are due out in September. Woooo! (I realize I sounded like a jerk re: knowing about licensing fees, but I've run into the issue with songs for the show and it's a pain.)

No bueno to lose a funny man, especially in "these uncertain times," but we can always appreciate his work. I am showing my age by only really knowing him as a TV dad to weird adults, but that's how I'll remember him. Serenity Now!

And that's that, pals! I know it was weird to end on a bummer, but I hope George's Dad was able to make you chuckle again. Next week, as far as I know, will be a full episode finishing up The Last Dance. So if you're not a sports/Bulls/Jordan fan, then I will catch you on May 30. Either way, gonna be great!