Show notes - Episode 245: Grab Your Phone and Write the Story We Told

This week I realized that I can, in fact, record a "full" episode on my lunch break. People have suggested I trim my episodes so I decided to give it a try and look at that: I can do the thing. So here's the stuff that I rambled on and whatnot!

(I know I forgot to mention the AEW Double or Nothing is today, but I was both too bummed to not have a big preview episode and not caught up on Dynamite when I recorded. Enjoy the show if you're watching!) 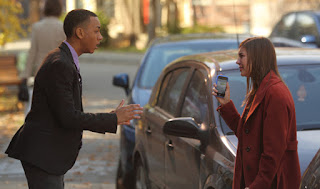 Yes, I really was almost late for work on Wednesday. I'm not sure how I managed that since all I need to do is walk down two flights of stairs, but here we are. It's Jill's fault somehow.

I probably could have opened this up to include documentaries, but I don't know if that would have given any more or different answers. Either way, it would be great to read some actually true stories about wrestlers and aliens. (Also my apologies to Omar, who mentioned Tupac!)

I don't know why this bugs me so much, but it always has. Yes, it sets up a conflict that can lead to some great TV. But also? Why would you leave your phone in your bag and walk away from someone you just argued with, Bianca? Not a very smart move at all!

If we can start sports again, even sans fans, with the promise that we won't have to worry about losing them after a week or two because of an infection, I am all for it. If we can't? I want no part of it. There's no point to jump through all of the necessary hoops if it could all crash down in a matter of days.

Thanks to Josh from A Story Told for doing the thing! Get Home for the Summer here (Amazon) and follow the band on all of the social places to keep up with what's what!

And that's that, friends! It is currently pouring rain outside, which means I will likely have some water to deal with down here very soon. I hope your day is less adventurous.

Until next time - which may be a big Last Dance episode - don't do anything I wouldn't do!