I meant to release this weeks ago when the news broke, but then I didn’t so here it is now. If it helps, I wrote this in about 12 minutes.

I won’t get very deep here. I don’t know if that’s good or bad, though I guess that’s up to you. But a new Pokémon Snap game is coming, and I have some words about that. 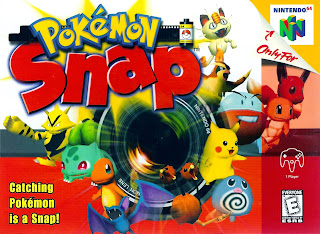 This game will do well I’m sure, but I want no part of it. And it has nothing to do with me not owning a Switch to play it. When the first game came out, I wasn't impressed by the idea. I figured maybe that opinion would change after I played, but my stance was only reinforced.

If you don’t know, it’s an on-rails Pokémon shooter. You ride around in a cart (maybe buggy is a more accurate term) to take pictures of Pokémon in different environments. There was a little more to it with rewards and such, but that’s the basic premise. I had two issues with this. 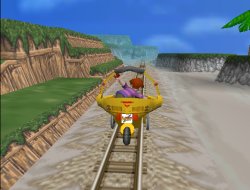 First, the fun of Pokémon for me is traveling the world and collecting monsters so I can make my rival look like a chump by squashing him. This game only barely checked the travel box. You didn’t even have a rival who was taking better pictures to motivate you.

Second, it just wasn’t a fun game to me. If you could have gotten out and walked through the woods and caves to take pictures, that would've helped. Then the game may have actually felt like a Pokémon title. But having to ride the same level all over again just because Pikachu was a little off-center before the first turn? That's not my idea of a good time.

(Maybe this would go against the idea of the game, but adding a competing photographer and the ability to get out and travel on foot would make this much more interesting.)

Sure there were upgrades - like the Pepper Balls, which helped you bring new Pokémon out of hiding - but that meant you had to revisit areas a few times to really “capture” them all. And when a game isn’t fun, having to go back through areas is a chore.

The original was praised as “unique” and “addictive.” I will concede the first point because I can't recall another game like this at the time. But I'll strongly dismiss the second. I realize I’m in the minority, but I could not turn this game off fast enough. The gameplay was not fun, even after slapping the white-hot Pokémon name on it.

Again, I have little doubt that the new game will do well. People loved the original and people still love Pokémon games. But I’m glad that this isn’t on a console I own, so no one will bring it over to convince me how great it is. (I swear every one of my friends had this, and they each spent way too much time making me watch them play it.) 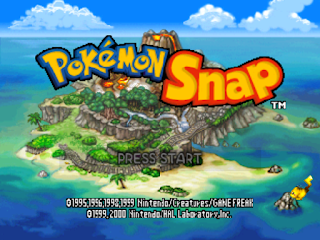 This isn’t to say that I don’t think people should enjoy it. I really hope they do. I just think if you take a weak premise and update it with modern graphics, you’re still going to have a boring game in a new package.

I haven’t seen a release date yet but go nuts whenever the game drops. You can even use my camera.

And that’s what I have this morning, friends. Let me know how “totally wrong and off base with this bad take” I am below. Tomorrow’s podcast is my interview with Headspace, so keep your pants on until then!