Morning, friends!
Just me this week, but oh boy did I get into some stuff. Also you can hear a new tune from our pals, Point North and I offer a bare bones movie review. Doesn't that sound fun? Let's go!
Click here to download the episode! 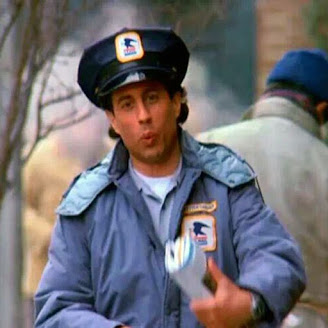 Pat rambles on the Post Office (2:58), updates on recipe blogs and working from home (12:06), an exciting delivery from ZERO (16:57), a fun Twitch stream (21:38), discount movie reviews (26:50). Plus the end of Agents of S.H.I.E.L.D. (31:17), a tune from the new Point North album (36:57), MLB notes (40:44), WWE and AEW news (51:14), and a visit from The Captain (56:34)!
*NOTE: This episode contains explicit content.*
📫
The Post Office
I realize I took a turn with my Post Office ramblings, but the point is this: a lot of people depend on the USPS for stuff, AND it's important for this presidential election. There are ways around the issues for the latter, but don't let up on November 4 so we can help with the former!
Recipe blogs
I can't remember when this segment aired, but I did some complaining about long stories on recipe posts. So I decided to make this page to help you find your favorite recipes faster. Let me know what you'd like me to feature!
Teleworking 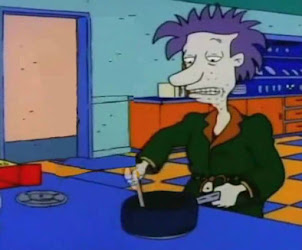 I am so excited that I will be working from home for the rest of the year. Not only am I keeping myself safe and saving money, but I am so much more productive here. Onward!
ZERO Skateboards
I got a thing! When we got this house, I wanted three things: a second toilet, a permanent place to host this show, and a spot to display this skate deck. I have wanted this since I first played Tony Hawk's Pro Skater in 1999 and I am very happy that THE MAN had the right one.
Tony Hawk 1 & 2 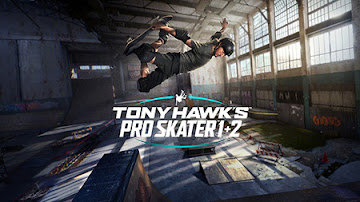 Speaking of The Birdman, I am enjoying the demo of his new game. It looks awesome and it plays just as well as the original(s). I can't wait for the full release. Let's make a skate park together on Twitch!
Twitch stream
Man what a transition, I'm on a roll today. Josh and I were disappointed to learn that we could not play Guacamelee! 2 together, but we had a hell of a time with Genital Jousting. It is just as gross and hilarious as I hoped it would be. Also I got to show Josh and whoever else was watching all about Shower with Your Dad Simulator. Shoutout to Brendan for all of that disgusting fun!
Eurovision and Venom
Again, we watched two movies that had nothing to do with each other - but we enjoyed them both. Eurovision was hilarious and I recommend adding that to your Netflix queue (if you don't love Will Ferrell, go for Rachel McAdams). Venom, despite some bad reviews I'd read, was good. It was odd to have that without Spider-Man, but I still enjoyed the movie anyway. Tom Hardy crushed it.
Agents of S.H.I.E.L.D.

After seven seasons, this show has come to an end. What a ride. It started as a companion to the MCU, but grew into its own and became appointment viewing in our house. The cast was great, the effects looked cool, and The Framework was one of the coolest TV stories I've seen. Excelsior!
Point North
Our friends have released their debut album! Go get it where you get your tunes (picture links to Amazon) and enjoy! Yeah! 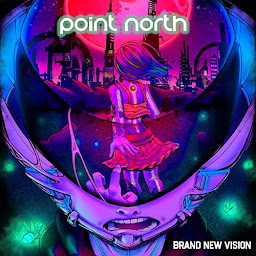 MLB unwritten rules
First: the Phillies won some games! Now: insert "we suck again" screengrab. The pitching is not good, the offense can only do so much (how do you score 7 runs in the first inning and lose?), and the defense has been sloppy as of late. It's such a bummer. In other news? Unwritten rules are lame. Fernando Tatis Jr. should not have been forced to apologize for doing his job. Did the Rangers feel like they were shown up because he hit a grand slam on a 3-0 count when the Padres were already up 10-3? Good! They should feel bad after allowing 14 runs, no matter how they were scored. Let the kids play! (And let them wear cleats like this!)

WWE Thunderdome, AEW allowing fans
I have only seen pictures of the WWE setup with fans "in the crowd" on screens. I will reserve full judgement until I see it in practice, but my first impression is that it looks terrible (and worse than what I was describing on the show). Just pipe in the noise like MLB is doing. I don't care what people on Zoom look like while they watch rasslin. And speaking of terrible, I hate the idea of AEW allowing fans right now. I know it's only up to 15% capacity and the arena is open-air, but it's Florida and I just can't see this going well. How long before McMahon lets people in the doors at Amway?
💀
And that's that, friends! We made it! I didn't think I'd pack so much into these notes today, but I was more productive on my break than I anticipated. Next week we may have a guest, or it could just be me yelling into the void. Either way, I hope you join me for the fun! Until then, don't do anything I wouldn't do!
Crap open a cold one!


⇩
(This post was brought to you by Broad Street Bound.)
Posted by The Melting Pat at 10:49 AM