Hey, pals!
I'm having a guest on the show this week who is not a big baseball fan, so I will lay out some words about the postseason here. Also we're recording a few days early so anything we do mention will be outdated anyway. Surprisingly, there were a few firings over the weekend. And I'll try to dive into the brackets as best I can. Here goes nothing! 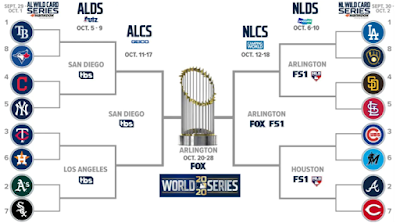 News and notes
In such a weird year, I figured everyone's jobs would be safe. The Red Sox, Angels, and potentially Phillies disagreed.
Red Sox
Ron Roenicke was let go by Boston after being named manager in February. The team finished last in the American League East at 24-36. He was in the last year of his contract. There are rumors that Alex Cora could be re-hired, but that's all they are at this point. I don't think this is a personal slight against Roenicke, but rather a change for Chaim Bloom (new chief baseball officer) to choose his own skipper.
Angels
On Sunday, the Angels announced that General Manager, Billy Eppler, would not be returning next season. The team had not made the playoffs in Eppler's five-year tenure. I've wondered how the Angels seem to have trouble recruiting top pitchers, given their location and that the owner is willing to spend. Is there a juicy story here, or am I just avoiding the "stop wasting Mike Trout!" take that you knew was coming anyway?
Phillies
I don't have any official word on this, but some experts are speculating that General Manager, Matt Klentak could be let go this week. (Others are saying he could stay, but the first option is more fun for this purpose.) I don't like to see people lose jobs, but what the brass is doing isn't working so something needs to change.
Klentak has overseen five drafts for the Phillies. To be fair, the jury is still out on the most recent two picks, but his track record is not great:
Mickey Moniak (OF) - #1 overall in 2016, finally made his debut in 2020. Safe to say he hasn't hit.
Adam Haseley (OF) - #8 overall in 2017, has become a good outfielder who can start in a pinch.
Alec Bohm (3B) - #3 overall in 2018, has (I think) earned his starting job.
Bryson Stott (SS) and Mick Abel (P) went #14 and #15 overall in 2019 and 2020, respectively. Neither player is on the major league radar as of right now. 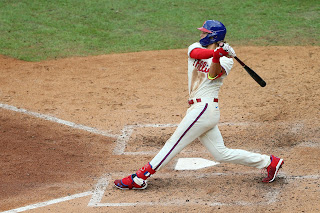 In addition to the mediocre returns on the draft picks, Klentak wanted to keep Gabe Kapler as manager. I actually didn't hate this, since Kapler oversaw a 15-game improvement in his two years at the helm. But Klentak - a big analytics guy like Kapler - was overruled by ownership, and that's generally a bad sign. As is tradition in Philadelphia though, Gabe has already had a bit of success after he left.
To make a long story longer, Klentak's tenure has not been a success. And if J.T. Realmuto leaves in free agency? If he's not gone by then, that might be the final nail. (Aside: If Realmuto doesn't re-sign, it had better not be because the team didn't offer him enough money. Middleton is worth billions.)
⚾
Okay enough of me rambling on my team being bad, let's get to the good teams! But first: how great is it that we actually got here? With the arguing that almost prevented games, to coming out of a few big shutdowns, they got through the season. And now we have playoff baseball again! We'll start with the American League:
1. Tampa Bay Rays vs. 8. Toronto Blue Jays
The Rays were wrecked by pitching injuries and still finished as the top seed in the league. The Blue Jays had injuries on offense and inconsistency on the mound, but made the big dance anyway. My head says to take the Rays, but something about the young core of the Blue Jays is alluring. This should be a fun series. 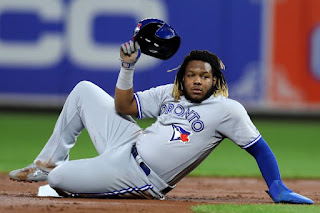 2. Oakland Athletics vs. 7. Chicago White Sox
The Athletics have a great bullpen to offset their not-so-great starting pitching. The White Sox cooled off at the plate down the stretch, but they are still a good team. I want the A's to get over the hump, but losing Matt Chapman is tough. Plus the White Sox have Tim Anderson and he is so much fun to watch. This series will be tougher than the 2 vs. 7 match-up shows.
3. Minnesota Twins vs. 6. Houston Astros
It's a shame that there won't be fans in the crowd for this, because the Astros would have been destroyed (as they should have). The Twins have not hit like they usually do, but neither have the Astros. I won't go so far as to call this a lame duck series, but I do hope that these offenses can pick it up this week.
4. Cleveland Indians vs. 5. New York Yankees
The Indians have Shane Bieber going in Game 1 opposite Gerrit Cole for the Yankees. That alone makes 7:08(ET) on ESPN tonight appointment viewing. These are two offenses that have been, for lack of a better term, underwhelming. But I think the pitching will be enough to make this series very interesting. 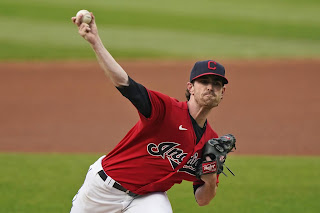 And in the National League, here's how the bracket looks:
1. Los Angeles Dodgers vs. 8. Milwaukee Brewers
The Dodgers were the best team is baseball by a lot. The Brewers have great bullpen weapons, but they'll need to get to those later innings with a lead for those arms to be effective. That is a tough task against a Dodgers lineup that is both potent and ready to exorcise some demons.
2. Atlanta Braves vs. 7. Cincinnati Reds
The Braves were also wrecked by injuries, but they have seemingly stormed back to earn the second seed. They face a Reds team led by Trevor Bauer, Luis Castillo, and Sonny Gray on the mound. You know I'm not a Braves guy in general, but I'll take the Red Stockings in an upset here. I expect their rotation to be as advertised. 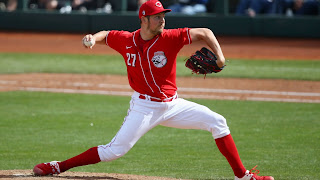 3. Chicago Cubs vs. 6. Florida Marlins
The Cubs are the third seed despite their stars on offense going cold. But Yu Darvish, Kyle Hendricks, and Jon Lester have been good enough to offset that. The Marlins "overcame" a big COVID outbreak in July to make the postseason. Sixto Sanchez, like many former Phillies before him, has emerged as a legit starter. They're a young team with no expectations going against a contender. I will find a way to enjoy this series despite my divisional allegiance (but go Cubs?).
4. San Diego Padres vs. 5. St. Louis Cardinals
A few weeks ago, I saw that the Phillies would have played the Padres if the season had ended that day. That worried me because the Padres were on fire at the time. The big bat (Tatis Jr.) cooled off, but I still like what they're doing. The Cardinals overcame [for real] an outbreak of their own to snag the fifth seed. Marcell Ozuna and Paul Goldschmidt have carried the offense, much to my delight (and Josh's). This is a tough series to call, but should be a lot of fun. 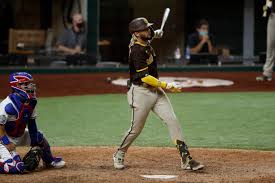 📺
I know that was a lot, and maybe some of that is random sportsguy talk, but sometimes that's what you get over here. Of course I wish I could watch my favorite team in this, but I am still excited to watch as many of these big games as I can. Let me know your picks below, and enjoy the games! Until then, don't do anything I wouldn't do!
Crap open a cold one!


⇩
(This post was brought to you by Broad Street Bound.)
Posted by The Melting Pat at 12:29 PM