Morning, friends!
Full disclosure: I forgot I had to do this until after the show was done, and I haven't had real breakfast yet, so there won't be much here. Also I cut out a segment because it didn't sound great - I hope that's not too obvious. In any case, here we go!
Click here to download the episode! 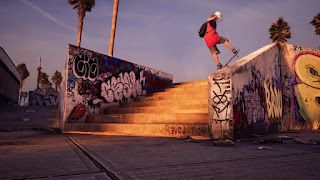 Pat rambles on changing plans (1:59), baked goods (4:40), WWE vs. Twitch streamers (10:48), and playing the new Tony Hawk (17:20). Plus a tune from MUCH BETTER (25:38), ARI at SF for NFL Week 1 (31:28), and the last Flyers Update of the season from The Captain (35:29)!
𝝿
Audible
I didn't plan for this week's episode to be just me, but I like to think I'm always ready to throw together a show. Did I succeed? Probably!
Baking
I am quite proud of our pumpkin pie and apple cobbler. For never baking before, they are delicious. I don't think this activity will become a regular thing, though. 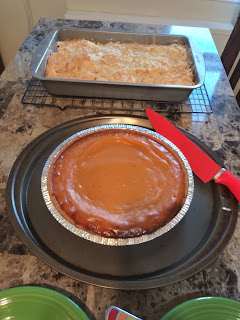 WWE and Twitch
I had a weirdly tough time deciding how to describe this segment, but what you need to know is this: it is very strange to me how independent contractors have so many restrictions. Maybe I just don't know enough, but that's how it looks most of the time when it comes to WWE practices.
Tony Hawk 1 & 2
This game is fantastic. If you played the originals, I highly recommend it. If you didn't, watch me be bad at it on Twitch and decide from there. Either way, enjoy!
MUCH BETTER
Many thanks to our pals, MUCH BETTER, for the tune! I would love to have the full band on the show. Would it be awkward? Most likely, but it could also be a ton of fun. Let's make it happen! 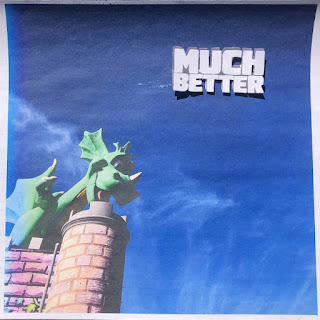 NFL Week 1: Arizona Cardinals at San Francisco 49ers
I think I carried this bit well for not knowing much about the league right now. Also I read after I recorded that this game could be postponed due to the poor air quality in Santa Clara, so that's very 2020!
Flyers Update
As you know, I don't hear these updates until after I record. So thank you, Captain for the kind words and for putting in the work every week. For a segment that was only supposed to last one season, it has become a favorite for me. I can't wait until next year already!
🏒
And that's that, friends! We made it! Thanks for joining me, and as always I hope your day is wonderful. Next week we may have guests to talk TV, or I'll yell randomly about being a hermit. Until then, don't do anything I wouldn't do!
Crap open a cold one!


⇩
(This post was brought to you by Broad Street Bound.)
Posted by The Melting Pat at 11:24 AM