Show notes - Episode 262: Take the L on Your Chinstrap

Morning, friends!
Five years ago today, I uploaded the first episode of this podcast. It's wacky how far the show has come since then. Also, I say this every year, do not go listen to that first episode. Those are 54 brutal minutes you can never get back. That said, on with today's stuff!
Click here to download the episode! 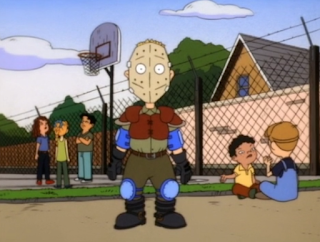 After a quick work/life update (2:36), Pat shares your anti-mask stories (6:15), answers some fan mail (16:31), and briefly recaps the PlayStation 5 showcase (23:29). Plus the latest tune from 12 Stones (27:00), five years on The Network (31:52), some MLB notes (34:13), and NE at SEA for NFL Week 2 (39:33)!
🗔
Work and stuff
The good news: business has picked up, as JR likes to say. The bad? No one really knows how to handle the changes. Also I need someone to come fix the light in the studio so I can buy my new desk. I'll wear a mask and stay six feet from you!
Anti-mask
Thanks to everyone who weighed in on the question this week. I knew I could count on youse guyses. Bottom line for me: wear the thing properly or stay home.
Fan mail
I know I've covered the social isolation thing several times, but I don't like to disappoint people who take time to ask questions. Reach out if you need it! And I'll be streaming LEGO Jurassic World tomorrow afternoon, so come hang out - dinosaurs!
PlayStation 5
Maybe it's because I won't be buying, but I'm okay with the price tags on the two versions of this console. I'm not big on $70 games, but plenty of people will jump on their favorite franchises regardless. If you were able to snag a preorder, congratulations! I hope you enjoy your new toy in November.
12 Stones 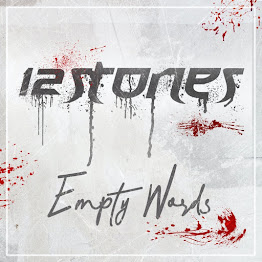 Many thanks to our pals for the tune! Get Empty Words wherever you get your tunes, or stream it on Spotify. Maybe with the next one I'll treat you to some more of my mediocre guitar-playing.
Network anniversary
Five years ago, I recorded the first episode of this show at around 11:00 in the morning. At 10:44 that night, the show was live (I foolishly used to record and edit in the same day). I like to think the show has improved leaps and bounds since, and I am so proud of what I've been able to do here. Talking to strangers, playing tunes, carrying a show on my own, diversifying my bonds topics - it's been insane and I have loved all of it. Thank you for sticking with me.
MLB stuff
The Phillies are not great, but the did sweep a doubleheader with the Blue Jays yesterday. Also since I recorded: the White Sox and A's clinched playoff spots, the Dodgers won home field, and Pujols hit two more home runs to pass Mays. Baseball!
NFL Week 2: New England Patriots at Seattle Seahawks
Maybe if I played fantasy football, I would have a clue who is on these teams. Since I don't, you get predictions that hardly make sense. Russ for the win!
📬
And that's that, pals! Thanks for hanging out this week. I don't know what's up for the next one outside of NFL Week 3, so suggest some stuff for me to yell about I guess. Until then, don't do anything I wouldn't do! 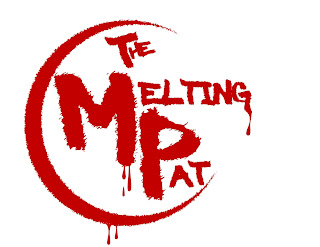 
⇩
(This post was brought to you by Broad Street Bound.)
Posted by The Melting Pat at 8:13 AM