Morning, friends!
We did a lot today: we got real, we jumped in our wayback machines, we rambled on sports - this episode has almost everything. Just ignore the fact that I had to record it twice. Let's go!
Click here to download the episode! 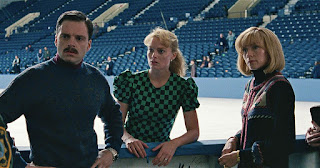 Pat dusts off the soapbox (2:16), shares our first news memories (9:48), and plays a tune from Almost Awake (22:02). Plus NFL Wild Card Weekend (26:10), MLB HOTSTOVE (33:20), NHL notes (36:14), and more!
⛸
Dusting off the soapbox
Bottom line: If you support what these terrorists did, let me know so I can stop associating with you. There is no defending these actions. This was not a peaceful protest, it was an insurrection. If you fail to see the difference, you're either incredibly dim or willfully ignorant. Either way, double check yourself.
Our first news stories
I may have misspoken in saying that the Tonya Harding story happened at The Olympics, but it was close enough (right?) so just roll with me. It was super interesting to hear your news memories, so I think I need to find other "first" things to ask youse guyses about for the show.
Do you have the time?
I may have told this story before, but I'm sure no one remembers it. Plus I felt we all needed a palate cleanser after the newsy part of the show. I'm certain we'd be ignored if we tried that experiment today.
Almost Awake 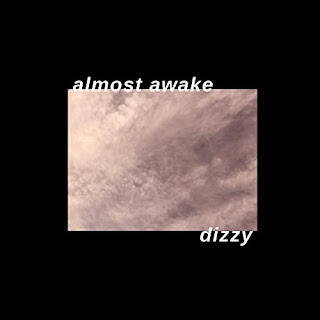 Many thanks to our friends for their sweet tune, Dizzy! I realize this song came out some time ago, but I enjoy it and I wanted to share it with you. Go check them out on Facebook, Twitter, Instagram, and Spotify!
NFL Wild Card Weekend
Of course we have someone coming to check on something at the house during the game I most want to see today, but the rest of the slate looks good. Go whoever you like (unless that's the Titans)!
MLB notes
A bummer to start as news came down that Tommy Lasorda has died. I remember him as being hilarious in the dugout and on the sidelines during Dodgers games, and he seemed like he truly loved the game. Good vibes out to his family, friends, and fans everywhere. What a character indeed. 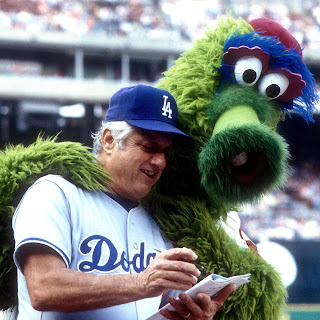 In other baseball news: Francisco Lindor is heading to the Mets. With a new owner, we knew the Mets would be big players in the market. This is a big step and I don't think they're done yet. Good for them, but also ugh because rivals. Baseball!
NHL divisions
Finally this week: hockey fans are complaining on the Internet. I have no qualms with the league selling naming rights to divisions, especially when they're strapped for cash. If you watch any minor league baseball, you know that even things like walks are sponsored, so this is not a shock. At least we'll have games soon!
🏒
And that's that, pals! We did it! Thanks for joining me today, and as always I hope you are staying safe and healthy. No idea what's on tap for next week, so come on back and we'll learn together. Until then, don't do anything I wouldn't do!
Crap open a cold one!

⇩
(This post was brought to you by Broad Street Bound.)
Posted by The Melting Pat at 10:19 AM