Morning, friends!
We did a bunch today and Pat's uncomfortable in this chair, so let's get right to it!
Click here to download the episode! 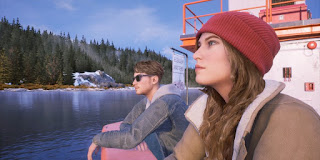 Pat rambles on painful letdowns (2:51), being a pro musician (8:50), making up words (12:34), Patrick Ewing (15:25), and games he’s playing (21:52). Plus another Walking Tall remake (24:08), Netflix news (26:23), music from Bronnie (30:00), and a Flyers Update from The Captain (34:10)!
🧊
Taco Bell Trot
What a double whammy my last walk was: no Taco Bell breakfast and my back is in rough shape. Somehow I'm sure we'll make it through!
Officially a pro!
I am shocked that people bought my EP, but I am extremely grateful. The goal was never to make money, but now I have another thing on which to hang my proverbial hat. Thanks for listening and whatnot, pals! Side B is in the works!
New words 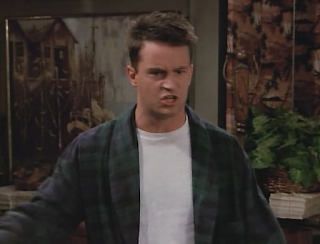 Supposably is not a word. I know the nerds gave in to the dopes, but they were wrong. Stop dumbing us down *insert those to blame here*!
Patrick Ewing
Whether or not Ewing was truly miffed at security, this story is silly. Just because he played in a building two decades ago doesn't mean he gets to roam free in it today. It isn't about not knowing who he is - that is irrelevant. The job of staff at these big events is to ensure everyone is where they're allowed to be. Period.
Video games
I finished Shakedown Hawaii! Sure I have some collectibles to grab, but the main story is done and I fully enjoyed it. Tell Me Why, while very heavy, is interesting so far. And while I'm really bad at it (I lost on stream the other day), R.B.I. Baseball 21 is a good time. Games!
Walking Tall
We don't need another one of these movies. The original was already remade. It spawned two [direct-to-video] sequels. There's not much left to tell. (I'll probably watch it, but the point stands.)
Netflix
Some of you may have already seen the "do you live with the account holder?" message on your screen. I have not, but I'm actually surprised it took the company this long. No more freeloading?
Bronnie
Thanks to good friend of the show, Bronnie, for her latest tune! Listen to Colour Looks Good On You (acoustic) below and follow her on Facebook, Twitter, and Instagram!
Flyers
Thank you to The Captain for his hard work once again. I knew you wouldn't shy away from taking the Fly Guys to task!
♭
And that's that, pals! The next few weeks of the show are pretty set: we've got a pair of interviews and then our WrestleMania preview - so I hope nothing super wacky happens between now and then. Until next time, don't do anything I wouldn't do!
Crap open a cold one!

⇩
(This post was brought to you by Broad Street Bound.)
Posted by The Melting Pat at 10:57 AM