Morning, friends!
I am still over the weather and in a bit of a time crunch this week, so I present some lost (and stolen?) artifacts for you listening pleasure today. A rasslin Easter egg, a live show clip by request, and all that remains of my chat with Marcos Mena from standards - let's go!
Click here to download the episode! 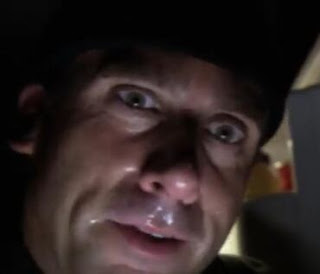 After some words from a totally willing volunteer, Pat presents: a rasslin Easter egg, a clip from his old live show by request, part of a lost interview with Marcos Mena from standards, and a song from the band in this special episode.
👀
Before we jump in, many thanks to Ben Beck for recording the intro this week. He actually did do a straight read of the copy I wrote, but that second take was more fun so I used it. Maybe I'll play the real one next week. Thank you, good sir!
rasslin
This was recorded during Episode 136 - the first of these gatherings with the Berrocal Boyz. Everyone but Phil left the room so I kept the recording going and told him to have fun with it. I wasn't sure I would ever use it, but I'm glad it found a spot because it was a fun little nugget.
Miley Cyrus

Someone asked if I could play any clips from my old live show. I do own all of that - as long as no station ID stuff is included - so I did some digging. I was disappointed to find out that some of my funnier stories had a music bed that was both too loud and licensed, so they were out. Then I found this gem: Miley Cyrus yelling about her growing boobs on Twitter. What a time. A bit of a bummer that she deleted the tweet, but I'm glad someone took a screenshot. (My dad really did text me saying he didn't like the bit and stopped listening to the show that day.)
standards
I don't think I remembered to tell Marcos that this piece of our chat was airing this week [I'm typing this on Wednesday]. I probably should have done that. Anyway, the reason you will only hear a small portion of our conversation is because his audio stopped recording at that point and my backup did not work at all. I am very upset about this even though we did it more than a year ago. In any case, listen to their sweet tunes! I did make a note that May is the song Marcos wanted me to play when this did air, so at least I got something right.
🍉
And that's all we've got! If all goes well, I will be back next week with an actual episode. If it doesn't, then I have no idea what's what. So come on back and until then, don't do anything I wouldn't do!
Crap open a cold one!