Call Me By My Name

Good day, my friends! Today I have something a bit different for you.
I thought recently about a conversation I had years ago, which then turned into thoughts of other conversations about the same topic. It has been years since I've spoken to any of these people, but their reactions were very telling so maybe that's a good thing. (The photo below is from US News Money, and might be one of the best stock photos I've seen.) 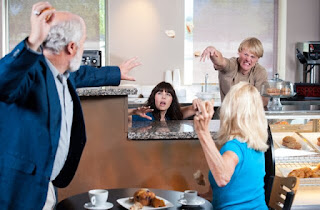 I worked at the same mall for more than three years. In that time I got to know employees at other stores, and some mall staff too. All of us spent a lot of time in the mall, so why not make the best of it, right? I had a conversation with someone about something that happened and I used the name of a guy who worked at McDonalds. The details are fuzzy now, but I wouldn't have mentioned him if he wasn't vital to whatever story I was telling. The person I was talking to was baffled - almost offended, even - that I knew this person's name. "I think it's really weird that you know the names of these people." I wish I could convey tone here, but let me tell you that there were big 'I don't need to interact with the help' vibes. It was quite off-putting.
(Aside: we all wore name tags, so actually knowing worker names wasn't hard. But I think the issue was that I was speaking about this employee like I knew who they were - and apparently I shouldn't have.)
I later learned that this same person does not tip waitstaff, which both rubbed me the wrong way and explained this reaction perfectly. If the second part hadn't happened, or if I was unaware of it, I may have written this off as someone who doesn't want to talk to people. And that would be completely understandable. But the reaction to my story coupled with the not-tipping? There's something deeper here.
Another time, I had a conversation with someone else about chatting with the custodian. At one store where I worked, the trash was picked up for us (rather than employees taking it to the dumpster like I did at the other store). So almost every day, I was interacting with the same person. In my mind, it's natural to strike up conversation if both people are up to it. To others? It seems like a mortal sin. Like the people who work certain jobs aren't worthy of our energy. "Why do you know so much about a janitor?" I was asked. Again, the tone was weirdly defensive. It was as if I was lowering myself in some way to talk to other people. And certain pals at the time were strangely okay with letting me know it. It did not - and still doesn't - make any sense to me. 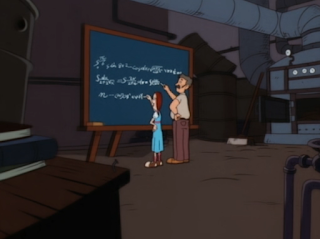 This notion that someone who has a job preparing your food or cleaning up your mess is somehow beneath you? It's mind-numbing that this is still a widespread thought in 2021. Maybe I'm the oddball here, but I was raised to treat everyone with respect. It didn't matter who had what job or title. It didn't matter who made more money. I was brought up on "hey we're all people so we should be decent to each other." That's why I was so flabbergasted to hear such condescension from people I knew well. I had no idea that they felt certain groups were not worthy of their time. This concept is still foreign to me.
It reminds me of a sentiment my guitar teacher in college shared with me when he was told he couldn't use the same bathroom as the bishop (it was a Catholic school) for some reason: "He shits and pisses just like me. Who cares where we do it?" I don't know if Frank is still around, but I like to think he treated people like people and not titles. Or maybe he was just angry that day. I do know that he made me a much better guitar player and that he made me laugh every week. Where was I? Oh, yes.
Again, I haven't spoken to either of these people who seemed offended that I "spoke to the help" or whatever. Not because of their reactions, but that certainly makes me feel okay that we lost touch. I have little doubt where they would have stood during a certain US election, but we won't dive into that here. What I will say is that I will never understand why people think that you aren't worthy of a conversation because of what you do for a living. That because you make food or pick up trash, you shouldn't have the privilege of speaking with them. The ivory tower mentality is so crappy and I am glad I don't seem to have it. I can only hope my son grows up the same way.
So why do I tell you this today? I guess because I've seen a lot of people recently try to dump on others because of stupid shit and it jogged my memory. I don't write all of this to say that you should become friends with everyone you encounter at work. In fact, I hope you aren't at an office at this point. I do it to remind you that you should, at the very least, be civil toward the people around you. If you can't do that, by all means ignore them. But if you are anything like the two people from my examples above, please: let go of the idea that someone is lesser than you solely because of their job.
Because one day someone who has a fancier title may look down on you, and trust me when I tell you that you don't want to know how that feels.

⇩
(This post was brought to you by Broad Street Bound.)
Posted by The Melting Pat at 1:58 PM