Morning, friends!
It's been quite a week with the kiddo, so we had to get creative with today's show. The Captain made his season debut and you get a bonus chat. Let's do the stuff!
Click here to download the episode! 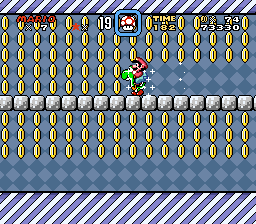 After The Captain makes his season debut, Pat shares a bonus chat with Luke Mathers from Unquiet Nights. They ramble on healthcare, what gets a coin, the good days of rasslin, and more.
💻
Many thanks to Mark for the update and to Luke for recording that extra chat a few years ago so I could eventually use it as an episode.
This bonus clip was recorded after we did the official interview. The plan was to try to get Luke to collect some coins because he didn't get any during the show. Also this was done before we could record on separate tracks, so there's some good old-fashioned laptop fan noise mixed in throughout. Hell yeah, 2018!
The original interview aired during Episode 128 and can be found here.
Next week is our Halloween show and I will be discussing one of the Brooklyn Nine-Nine heist episodes. After that, I hope to be back to normal, but with the kiddo I have no idea what's what. So come on back and until then, don't do anything I wouldn't do!
Crap open a cold one!