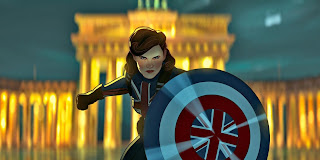 Pat rambles on a successful Halloween (1:51) and what’s been on his TV (8:30) before playing new music from Double Identity (17:06). Plus a World Series recap (21:47), a Cleveland Guardians lawsuit (25:56), Titans at Rams for NFL Week 9 (28:25), and a Flyers Update from The Captain (31:40)!
🌹
Kiddo's first Halloween
This was a total success, I'd say. Kid looked adorable, trick-or-treaters came out, and I got to play with a dog. There was no downside - even if it was a bit windy while we were sitting there.
What's been on TV?
Marvel's What If...? is really good. Legends of the Hidden Temple is really bad. Kevin Can F Himself is heavy, but very good. We haven't been able to watch the newest Walker yet, but I'm sure it's also good!
Double Identity 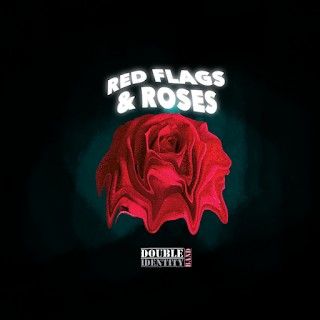 Thanks to our friends, Double Identity, for their latest tune! Find more from them here and get Red Flags & Roses here! Woooo!
World Series
Am I bummed that the Braves won? Yes. Am I bummed that baseball is done for the year (and possibly longer)? Also yes. But as Josh said: "ASTROS LOSE GOD IS GOOD." Perspective!
Cleveland Guardians in trouble?
I love this story. A roller derby team in Cleveland also named The Guardians is suing MLB over the name choice. I hope the derby team wins this one.
NFL Week 9: Tennessee Titans at Los Angeles Rams
I know this game seemed better before the Henry injury, but there are so many bad games this week/year so I went with at least one great team. And who knows? Maybe the Titans will surprise us.
Flyers
Thanks to The Captain for jumping in once again with his update. The fly guys are exciting so far and I am looking forward to more updates as the team [hopefully] keeps rolling! (EDIT: They lost in OT to the Penguins on Thursday. Dang it!)
💂
And that's that, pals! We made it! Thanks for joining me, and to Double Identity for the tune. Next week I have no idea what's happening yet, but come on back and let's have some fun! Until then, don't do anything I wouldn't do!
Crap open a cold one!