Good day, my friends!
Today was almost a patpeeve hour, but I think we balanced it with the mellow song from our dear friends. Let's do the stuff!
Click here to download the episode! 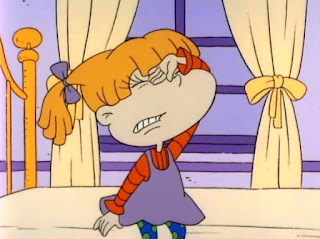 Pat rambles on improvement projects (1:33), bad shopping advice (6:38), and birthday months (12:33). Plus new music from Moonfall (23:10), Cardinals at Rams for NFL Week 14 (27:24), and a Flyers Update from The Captain (31:17)!
🤺
Improving my surroundings
I love that medication from my doctor will alleviate one issue while causing a different one. My insides have been dealing with some things this week, for sure. Outside the house, the new [24/7] camera is mounted and the gate latch is secured - thanks, Bump! And special thanks to Maggie for hanging out with the kiddo while I went and did medical stuff!
"Don't take no for an answer."
This is utterly awful advice and you should not take it while shopping. Oftentimes when you ask a question about getting a discount on a thing, the answer is no. Repeating it louder to a different person will not change that. How can we get people to stop suggesting to be pushy on TV?
Birthday month
If you'd like to read the Reddit post, I've put the screenshot here. What do you think about this? 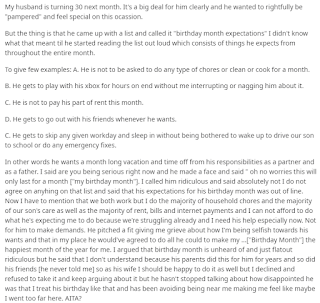 Moonfall
Many thanks to our friends for the tune - we really needed the mellow jam today. Go get it and keep up with all of their things here! Yeah! 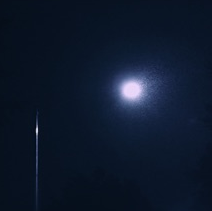 NFL Week 14: Arizona Cardinals at Los Angeles Rams
The Cardinals are healthy and that is bad for the rest of the league. The Rams being back? That could also be bad for the league. I'm not ready to declare that yet though, so give me Arizona to keep rolling.
Flyers
I don't know if The Captain was able to join us, but I wouldn't blame him. It's been rough for the Fly Guys and honestly I don't know what can turn it around for them. Maybe he knows?
🏒
And that's that, friends! I hope you don't try to skirt paying rent or being a parent because it's your birthday, and that you don't hassle cashiers over trivial discounts. I don't know what's on tap for next week, so drop some suggestions and come on back for the things. Until then, don't do anything I wouldn't do!
Crap open a cold one!