Morning, friends!
This post-holiday edition is a bit scatterbrained but I think we made it out okay. At the very least, I put all of the segments in the correct order. So press play and let's go! 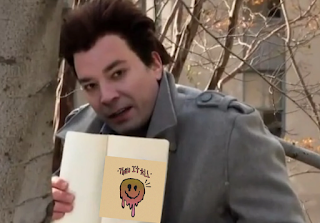 To listen to the Patreon version with bonus segments, click here!
To download the episode, click here!
💰
Patreon
Patrons get bonus segments on utilities, cheaters in baseball, and more. Give me money for more stuff!
Thru It All
Many thanks to Yvette for the connection, and to our new friends for the tune! Find more from them here and tell them I sent you (or don't)!
Family outings
We had a solid run to the store the other day. But dammit, I need people to start paying attention in public. There will be others who have to travel in the same space as you. Learn to at least acknowledge their presence.
Work is dumb
This is an old gripe, but it applies to many people. You should not be drawing the short straw at work just because you do not have children. Emergencies are one thing, but you shouldn't be expected to drop everything because some parent forgot about a thing.
Celebrities in politics
We tried it. It was mostly awful. I don't want a famous person to be president just because they are "a name" because they could be terrible. I do wonder though: Could a famous person win the presidency while running third party? I don't want that to happen, but now that I just thought of it I am curious.
Sports
Carlos Correa (cheater) still doesn't have a new deal. The NFL playoff picture is messy, but Damar Hamlin's condition is improving. Lots of baseball teams signed some guys. The Sixers are just about a full strength. The Captain returned to tell us about the Flyers. We covered the things!
🎶
And that's that, pals! Thanks for sticking with this disjointed episode today. I can't promise next week will be better, but I'll ask you to come on back anyway. Until then, don't do anything I wouldn't do!
Crap open a cold one!


⇩
(This post was brought to you by Broad Street Bound.)
Posted by The Melting Pat at 12:00 AM

Email ThisBlogThis!Share to TwitterShare to FacebookShare to Pinterest
Labels: music, patpeeve, podcast, politics, shopping, Thru It All, work