Show notes - Episode 142: Get Dressed and Open the Gate for the Robots

We covered lots of stuff on this humid day, so let's just get to the things! 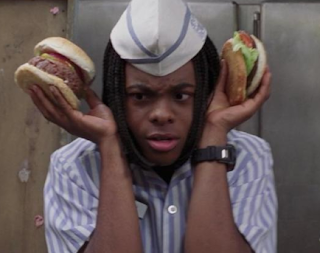 Since I don't work at the store anymore I have to say: I've really learned to appreciate weekends. I used to miss out on so many things because of work, and I never (or at least I try) take free time for granted. Even though the truck-touching didn't go so well, we got to go to Stewart's! And friends, lots of things can be made better when you have an orange cow.

Things can also be made better when you plan ahead, and when the star of your show doesn't cost everyone a job. If you are shocked that ABC did this, or if you think there's some kind of double standard between this and the NFL or whatever, I hope you don't have children. There is a difference between protesting police brutality and making racist comments. The fact that so many people seem to have trouble with that is a little alarming. The world is a strange place.

And speaking of strange places, good luck to everyone who has or is graduating this year! It can be scary and stressful, but don't forget to leave some time in your planning to enjoy yourself. After you're done school you work until you're dead, so do it up now!

A few ways to enjoy yourself are to see some good movies and play some sweet games. Upgrade and Action Point are in theaters now (great way to beat the heat!), and you can play games like Bunker Punks, Milanor, and your favorite SEGA and Street Fighter classics!

Thanks so much to Miller and the Hunks for the sweet tune this week! It is called Waste Your Time and it comes from the album, And Jeff: Part 2, which you can get on bandcamp! Woooo!

For the baseball talk this week, I decided to try a different approach. I will post the questions here, so if you'd like to weigh in on any of them, feel free to do the stuff in the comments.

- Does a team still need a closer?
- Will we reach a point when a team just uses relievers all game instead of having starters?
- Realistically, how close are we to an electronic strike zone?

I know I didn't spend a lot of time on the hockey stuff, but Game 3 is tonight at 8PM on NBCSports!

Finally, I almost didn't talk about this Sixers deal. But then I got some responses on Twitter and stuff so I decided to ramble from my uninformed face hole. I hope you weren't too mad. Thanks to Joel, Phil, Mike, and Kevin for the help! And check out the full story by Ben Detrick on The Ringer! 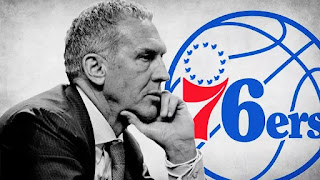 And that, my friends, is that for the week. Thanks for coming to the table. I'll try to do better next time. Check out G. Love and Special Sauce here, and don't do anything I wouldn't do!