This show starts out rough, but I hope the rest of it is...not that way. If this is your first episode skip ahead to the question, or to next week - it will be better that way. Also I forgot to set up The Captain and as I'm writing this have not decided if I'm going to sneak his segment in somewhere, or place it after the credits. Stay tuned! 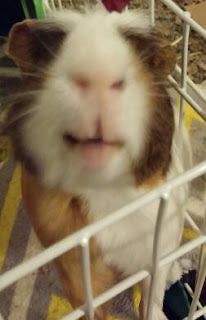 This was tough, friends. I knew it would be, but the double whammy of finding him an hour (an hour) after petting him made it so much worse. After I recorded this segment, Fez squeaked louder than ever - it was like he was calling out for his brother and it hurt a bunch. For what it's worth, Fez seems to be doing better now, so I take some comfort in that.

But I really miss my little buddy. If there's such a place where our pets hang out together, I hope Buster and Dwight are having fun. I took this a few days after we got Dwight. Buster was very interested in his new brother. 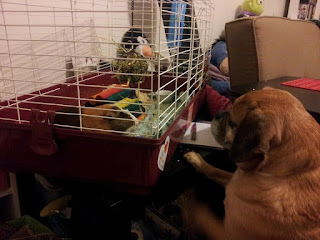 I realize that I did not make a smooth transition to this. But let's be real: after 218 episodes, you should be used to that. Thanks to everyone who weighed in on this, also I'm sorry I didn't do as much research as I should have. Feel free to yell at me in the comments or something.

I was unfamiliar with Peppa Pig, but this is hilarious (thanks, Tom!):


Also - I told you there would be a bunch of videos - here is the wonderful Countries of the World song from Animaniacs (complete with the show intro)!

This was a fun little exercise. I had to cut the patpeeve for time, but it worked out because I was able to turn this into a mini rant about airing your laundry in public. Turn off commenting and save it for Festivus, you hacks.

I know I didn't jump into this one like I wanted, but this seems pretty neat. Play games across devices and with buddies across the world and stuff. No console required! 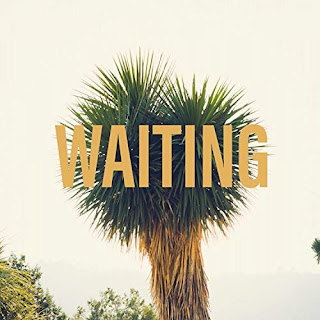 Thanks to our new pals, Everway, for the tune! Get Waiting (Amazon Music) and go check them out in December at The Middle East Downstairs!

I realize I did the jingle in the wrong order, but this should be a good game tomorrow night. Get your apple picking and holiday organizing done early!

And that's that, friends! Thanks so much for joining me, and for all of your kind words this week. I love you all.

Next week is our Thanksgiving show, so you can listen to me before arguing with your relatives. We'll have a [probably terrible] football game, the cheating Astros, automatic hand dryers, and maybe some questions from you! Yeah! 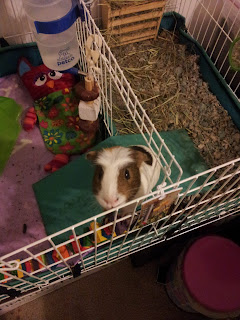