Today I'm going with a sports question because well, I miss sports. Thanks to everyone who jumped on this with me. If you missed out, let me know below and I'll post another thing. Let's go! 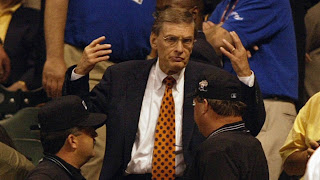 I did a Phillies fan survey on The Athletic recently and the last question was this:

If you were named MLB Commissioner for a day, what is the first rule you would change? So of course I wanted to steal that and open it up to all of you. I'll get to my answer later.

NBA: No more comparing LeBron to Jordan or Kobe.
I'm not sure how this would be enforced, but I can get behind it. It is quite tough to compare athletes across generations, because the game evolves over time. LeBron James, Michael Jordan, and Kobe Bryant are/were tremendous players. And, as Danny and I mentioned on one of our "Last Dance" chats, your pick for the greatest NBA player depends on how old you are.

NFL: the first legal trouble a player has they can't play in the league anymore.
The phrase "legal trouble" can be confusing - that's the wrong word, I'm sure - and I don't want to speak for anyone, but I can sort of get on board with this. If it's a serious crime (domestic violence for example), then yes. If they get caught with an ounce of weed? I can be a bit more lenient. Every issue should be met with a full investigation, but there's a lot of room to work here.

Allow steroids, let the athletes take personal responsibility. Watch the fucking chaos, but the best and most exciting chaos seen in decades. I wanna see Chip throw that disc 500 football fields long in Extreme Frisbee.
We saw this past weekend that people can't be trusted to make good decisions, but this could definitely be exciting. For reference, I point you to the great Home Run Chase of 1998. Are the records legit? Some would say no, but it was a bunch of fun to watch. Don't share your needles!

At a certain point in the game I would unleash deadly wild animals. Doesn't matter the sport. Works for any.
This reminds me of the bear-wrestling scene in Semi-Pro and I am on board with it.

Helmsphere:
Lingerie Football League. The fourth quarter would be a sudden death game of which player will *coin*.
Dastardly Dale Newstead:
I'd make it a rule that I was legally obliged to have sex with all of the players' wives and girlfriends at my convenience.
With apologies to Helmsphere, my mom reads this. But these two are similar in that they have very personal motives. The only parameters I put on the question were to keep it to one per sport, so there ya go!
Gertner:
Get rid of the Instigator penalty in hockey.
I admit my hockey knowledge is not great, so I had to look this one up (per NHL.com):

"A player who is deemed to be the instigator of an altercation shall be assessed an instigating minor penalty, a major for fighting and a ten minute misconduct." 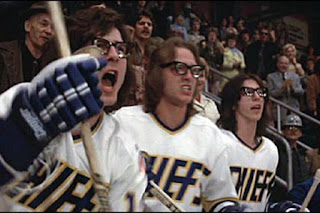 When the penalty for fighting is a five-minute major, getting two minutes for instigating on top of a major and a game misconduct (which I think is also an ejection?) seems to be a bit much. Give em the major for fighting and call it a day. The escalation should come in when there is a clear attempt to injure.
Seanny One Ball:
Umpires in tennis have to sit at ground level and the balls are a lot harder like squash balls.
I don't know a lot about tennis. Okay, I barely know anything about tennis so I won't pretend here. What I can add is that baseball umpires sit at ground level and baseballs - speaking as someone who has been hit by both - are a lot harder than tennis balls. Get a good chair and get down to the court, wimps!
ClockShot:
NBA: No more super teams. Top 30 players great spread out across all teams. We'll start with James, Durant, Antetokuomnpo, Curry, Irving, etc. and take it from there.
I don't know how the top 30 will be decided, but I like this. Super teams are great in video games. The override trade feature in some older titles is fun for me. But in real life? Super teams are boring to watch. Of course I want my team to win, but I also want to watch competitive games. Plus if top players are spread out, more people in smaller markets have reason to go to games which means everyone can make more money. There is no downside!
Smelly Meatball:
The introduction of Cheat Week for any sport. Players and teams can cheat as much as they want for games for one specific week in the season.
To spice things up a bit more, one game in the week is designated for fan voting where fans get to determine the winner based on which team pulled off the more entertaining cheating or simply to join in on the match rigging for fun regardless of the actual score.
Only real rules for the week itself is you can't purposely injure your opponents nor break any actual laws for liability reasons. 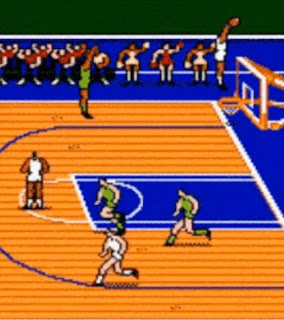 I love this. I'm not all in on the fan voting part [because fans can be quite dumb], but a week for players to mess around without consequence? That sounds super fun. Just imagine how many sacks a defensive lineman would have if he could line up next to the offense. Or if a baseball player could bring the bat with him on the base paths. Or if NBA guys didn't have to dribble. The possibilities are numerous and most of them would be so much fun.
DAMN iNATOR:
MLB: No more ground-rule doubles. If the baseball clears the field of play in fair territory and returns back to the field, it is now considered a home run instead of a ground rule double.
I don't know if I'm all in on this. On one hand, the simplistic "it got over the fence so it's a HR" is appealing. But on the other hand, having fans throw the ball back only for it to be in play again would be a fun twist. Maybe that would end this "tradition" of throwing balls from the stands back to the field, where they are given to a different fan in the stands. 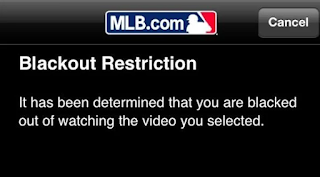 So I don't know if a league commissioner has control over my proposed rule change, but I'm going to go for it anyway: eliminate MLB.TV blackouts. Ten years ago, it made sense for the cable companies to force people to watch their channels. People still watched TV, well on TV, so they at least potentially had access to the games. But now? People may not have cable. This means they wouldn't have access to the channel that has blacked out the game. (Also while we're on it: remove ads from MLB.TV - people pay to not have commercials.)
"But Pat, what should the cable companies do to make money from these rights deals?" Snippy answer: Kick rocks. More serious answer: renegotiate to have the home broadcasts played on the official league app. Talking heads wonder why people don't talk about baseball like they do about other sports. Part of that is because we can't watch our favorite teams to be able to discuss what happened. If I could pay an extra five dollars or so a month to MLB.TV so I could actually watch Phillies games live, I would absolutely do it. When baseball can come back, the league needs to seriously consider this.
*Side note: if anyone knows how I can add a little icon here as a line break, please let me know.*
Okay that almost turned into a separate post altogether, so I'll stop myself there.
Thanks everyone for weighing in on your most important(?) new rules! If I didn't explain or interpret your rule how you wanted, let me know what's what. Also: this week on the podcast I'll be talking NASA, tricky Chuck E., TV tropes, and more. Join me on Saturday for the thing!
Until then, don't do anything I wouldn't do!
Crap open a cold one!
⇩
(This post was brought to you by Broad Street Bound.)