Hey, friends!
Josh returned this week and we spent a solid half hour (maybe more?) on your favorite rasslin rivalries. We dove into sports at the end too, so if neither of those topics are in your wheelhouse, you only need to stick around for like 15 minutes. Express version - let's go!
Click here to download the episode! 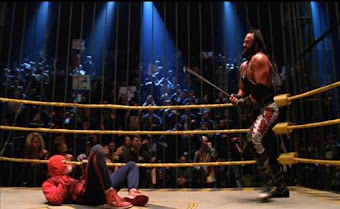 Pat and Josh talk work from home setups (3:52), repair issues (5:45), Jersey Mike's (7:08), parking problems (10:08), and Among Us (13:19). Then it's a deep dive on your favorite wrestling rivalries (16:44) before some rambling on Colts at Browns for NFL Week 5 (47:19) and the MLB playoffs (52:58)!
🪑
Work PC/Repair update
Big thanks to my mom for taking me down (and waiting in that part of the city) to get my computer from the office. No word from the repair guy, so my old desk will be cramped for a bit. Fingers crossed this gets fixed soon!
Jersey Mike's
I have never had food from Jersey Mike's, because the closest location to me is in New Jersey and it would take quite some time for me to get there. But I would happily shout them out on the show if they delivered here without charging me a whole lot! Let's make a deal, Mike!
Parking problems
Whoever parked behind my house yesterday did not return today. As I type this, I think my signs just got delivered so I hope that will solve this problem. I really don't want to go through another saga.
Among Us 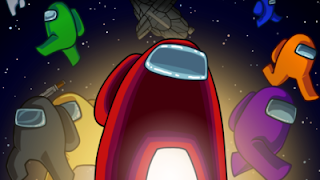 This game is so much fun, friends. I encourage everyone to give it a try. We may be playing tonight, so follow me on Twitch to get notified when we go live! (Also don't leave the game if people start to suspect you. Play to win!)
Wrestling rivalries
Thank you to everyone who weighed in on this. I had no idea we would get to so much, but I had a great time. As promised, here is that video of Chris Jericho listing his 1004 holds on Nitro:
NFL Week 5: Indianapolis Colts at Cleveland Browns
This Game of the Week was supposed to be Titans/Bills, but COVID got to that one. So we will be treated to Philip Rivers and Baker Mayfield instead. (I think that's a good representation of 2020.) Colts win a gross game.
MLB playoffs
Quick update: The Rays won Game 5 yesterday and will face the Astros in the ALCS! That series begins tomorrow at 7:30PM ET on TBS. Tampa has made it despite a bunch of pitching injuries, and Houston has come alive as of late. You know who we want to win here at The Melting Pat LLC.
The NLCS between the Dodgers and Braves begins Monday at 8PM ET on FOX/FS1. The Dodgers look like they might finally do it this year, but as someone who saw lots of the Braves this season I'll warn you: don't sleep on em. I love the playoffs so these next two weeks should be lots of fun!
⚾
And that's that, pals - we made it! If you stuck around for the whole episode, I commend you. If not, that's fine too. I don't know what's up for next week yet, but I can tell you that November will be busy for me and for your TMP feed. Let's all have some fun together! Until then, don't do anything I wouldn't do!
Crap open a cold one!

⇩
(This post was brought to you by Broad Street Bound.)
Posted by The Melting Pat at 12:07 PM