Retail story: "The guy said I could return it."

Morning, friends!
I can't remember if I told this story on the show (I still might if I haven't) but I thought of it recently and it made me laugh so I will share it here. I did a quick search of the website and didn't see this tale, so my bad if you've heard or read it. But no one really pays attention to that anyway, right? (Right?) Anyway, here we go with a thing!
NOTE: This was originally a Twitter thread but it was going to be too many tweets so here it is.
It was a little after Christmas when a bunch of the holiday items went on sale. I worked at both stores in the mall so sometimes the same people came to both to either look for an item or to pull a fast one. This guy was doing the latter.
When certain items went on sale, we had to either put two red dots next to the UPC or a red line through it. I chose the red line because it was easier to see. So I sold a thing (a plush dog that interacted with a storybook - Jingle The Husky Pup) to a guy and said "this is a final sale, you cannot return it." He said that he understood and went on his way. Most of the time, these interactions ended there. 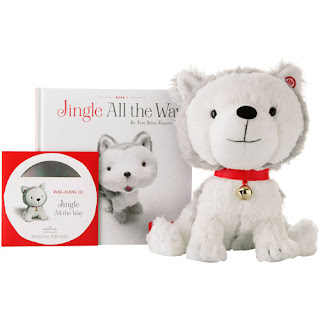 A few days later I was working upstairs and a [new] colleague was dealing with a customer who wants to make a return. She asked me (I couldn't do the return - not a supervisor - but I was closest) if it could be done because she knew that some Christmas stuff was final sale. He was digging for his receipt so he hadn't seen me yet. But on my way up I heard him tell her "the guy downstairs said I could return it." He found his receipt - still hadn't clicked for him that I was "the guy" - so I asked to see it. I highlighted the words FINAL SALE and pointed out that I was the associate who sold it to him. I also flipped the item over to show him the red line through the UPC and said "I drew that red line. I also explained that you could not return this item because it was a final sale. You said you understood the policy."
It took him a second to realize that yes, he had seen me and that he was caught. He grabbed the thing in a huff and left. I called every other store in the area to let them know that this guy might be in to return a final sale item. All of them called back throughout the day to let me know that he had been in and that "the guy at *mall* told me I could return it." I was the only male employee at either store in this mall and most of the other store people knew me and that I wouldn't say that. Someone I had worked with who was at another store said they laughed when they saw I had highlighted his receipt (I was known to highlight coupons, you see). Another worker wondered why he thought going to a different store *after* I had highlighted his receipt would work out for him. "Even me with bad eyes could see that," she told me. 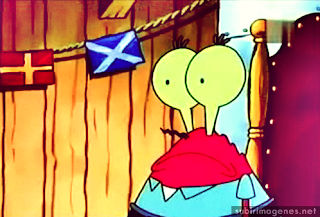 I'd like to think that I don't know why people try to hassle cashiers in this way, but I have a good idea. I know I've mentioned this on the show, but every year some pretty lady goes on some morning TV show and says "don't take no for an answer" and "ask to see the manager." This is because stupid people were convinced that the customer is always right and they have never let go of that idea. Forgive me for repeating myself again but, no. This is not correct. You should, as a retail employee, do what you can to help the customer. But sometimes the answer to their questions is a hard no. I'm not sure what it's going to take for these entitled whiners to figure this out, but I will continue to shame them in my retail stories regardless. Be less stupid and make everyone's day a little easier.
(But I guess if you do that, I'd run out of stories to tell.)
🛍
And that's what I have for you this morning. What started as a dumb tweet to make myself laugh became something else to actually post here. I'm recording the podcast today so hopefully I don't screw it up too much and you'll have a fun episode in your feed on Saturday.
Until then, don't do anything I wouldn't do!
Crap open a cold one!

⇩
(This post was brought to you by Broad Street Bound.)
Posted by The Melting Pat at 10:04 AM