For some reason I took a while getting to the actual show stuff and for that I can only say my bad. But we did some rambling before Danny Schmitz returned for more basketball stuff, so let's get to it! 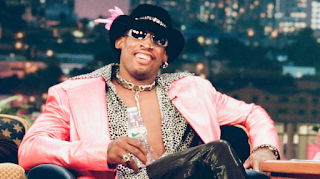 My brother-in-law, with no prompt from me, has been asking celebrities on Instagram if a hot dog is a sandwich. He then either calls me excitedly or sends a screenshot of the answer, saying "you can add this to the show." I appreciate this so much, even if I'm disappointed in some of the answers.

I don't know why I think having my board on for eight hours will be super harmful - because isn't that the point if you're running radio for 24? But making the switch to the Snowball gave me a chance for some shoutouts, so it's all good. 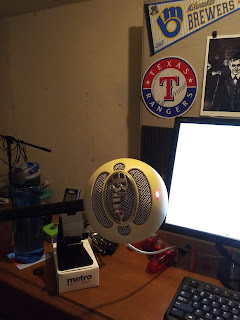 That's it. That's the note.

I'm glad that our property manager didn't kick us out, but it would have been awesome to not have to panic for a few hours on Thursday before learning about our terms. She did say we're great tenants though, and that's a good bonus. Now if she could send me some sandbags that'd be even better...

I'm no expert on business matters like Mr. Adultman, but this was a bad play by AMC.

You can check out my review of the SNES version of Aladdin here and check back on Wednesday for a big review of Pokemon Red and Blue. Video games! 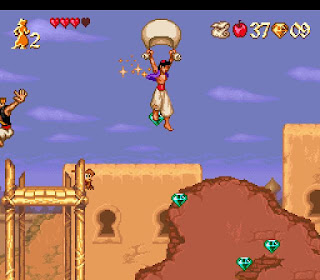 The Last Dance, episodes 3 and 4

I've read some of the negative comments on this series, and I have to say: they aren't inaccurate. But we are very much enjoying the show and I'm glad that we're able to ramble on it and talk about how great Michael Jordan was. Also the Puerto Rican basketball league was wacky and Phil Jackson dropped acid - who knew? (Also this part of the show is NSFW and I forgot to mention that - my bad!)

And that's that, pals! We did the thing! Thanks for hanging out today, stay safe and wash your hands. Next week, I don't know what's happening but I hope you'll join me for the fun! Until then, don't do anything I wouldn't do!